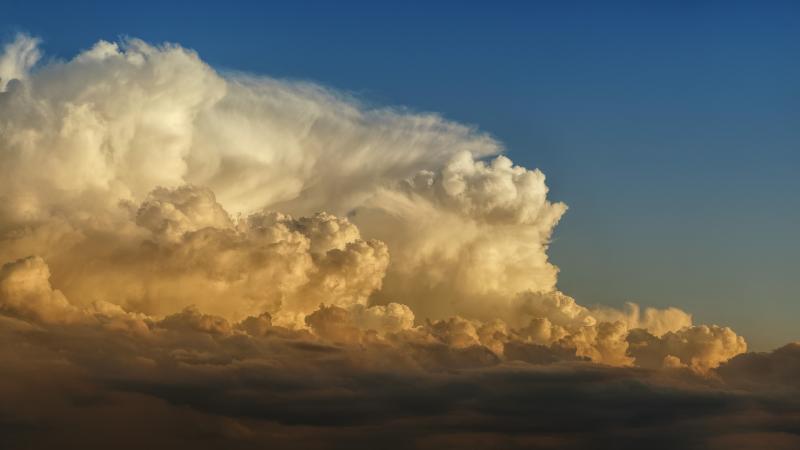 The latest weather forecast for Ireland, according to Met Éireann

Ireland's weather will be warm, humid and unsettled with heavy showers and a risk of thunderstorm activity in the coming days, according to Met Éireann.

Mist lingering in places early this afternoon, but brightening up as the day goes on, with the best of the sunshine in Ulster and north Leinster. Heavy showers will develop during the afternoon and evening, mainly in Munster, with some thundery downpours likely, leading to spot flooding. Highest temperatures of 21 to 26 degrees, warmest in the west, in a light to moderate easterly breeze, fresh at times on coasts.

A muggy night tonight. Showers will continue in the south of the country, largely dry with clear spells elsewhere. Remaining very mild and humid with temperatures not falling below 14 to 17 degrees. Mist and fog patches will form in a mostly light northeasterly breeze.

Friday
Murky, misty and mostly cloudy to start on Friday with the continued risk of thundery showers or longer spells of rain in Munster and south Leinster and Connacht, while remaining mostly dry elsewhere. Staying warm and humid with highest temperatures of 21 to 26 degrees, warmest in the west, in a light to moderate northeasterly or variable breeze.

Showers becoming more confined to Munster and south Leinster, still with a potential for some thundery bursts in places. Mostly dry elsewhere with some clear spells developing, especially in the north. Overall, a mild and humid night with lowest temperatures of 13 to 17 degrees. Mist and fog patches will develop in light northeasterly or variable breezes.

It will likely be a wet start to the morning in southern areas, with low cloud, mist, and fog elsewhere. Sunny spells and scattered showers will develop by the afternoon, the showers most frequent in the southwest. Warm and humid with highest temperatures of 20 to 24 degrees, cooler near some coasts as sea breezes develop in otherwise mainly light easterly breezes.

Continuing cloudy throughout the country with isolated showers and the odd sunny spell. Another mild and humid night with lowest temperatures of 12 to 16 degrees in light easterly or variable breezes with mist and fog patches developing.

A mix of sunny spells and scattered showers with some heavy or thundery bursts in the afternoon. Warm with highest temperatures of 18 to 22 degrees in light to moderate easterly or variable breezes.

Cloudy with widespread showers, merging into longer spells of rain at times. There still is a risk of thunderstorm activity, especially in the afternoon. Highest temperatures of 18 to 21 degrees in light variable breezes.

Humid and unsettled conditions continuing into next week with showers or longer spells of rain as temperatures decline gradually.