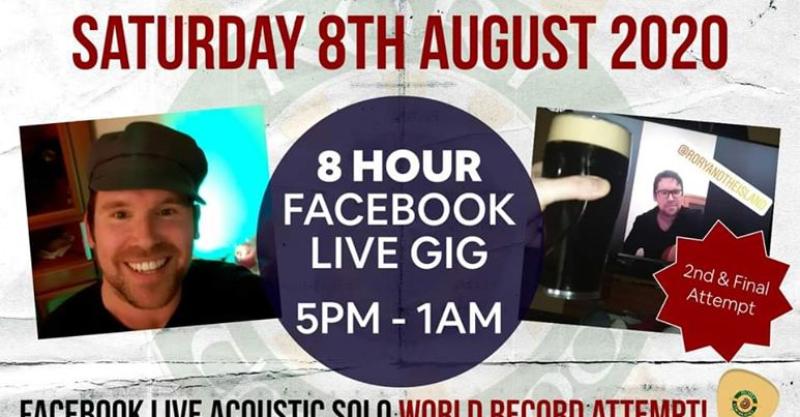 An Irish musician will attempt to set a new world record this evening.

Donegal native Rory Gallagher is hoping to earn a place in the Guinness Book of Records by singing online for the maximum eight hours permissible on a facebook live stream! No solo acoustic artists have played the entire eight hour digital time window allowed on facebook.

And you can see him live from 5.00 pm, and post messages by going to https://www.facebook.com/RoryandtheIsland

This is his second attempt.

Last month, a wifi issue curtailed his bid! Nevertheless, when it came back, the Kilcar man kept playing. Over 50,000 people tuned in at various times - and many stayed on to watch him as he played on after the internet connection was restored, even though he could not set the record.

Originally from Kilcar, Rory now lives in Scotland where he has bar with his wife Cara. Previously, they had a highly successful bar in Lanzarote.

He is particularly well known for his "Jimmy's Winning Matches" hit GAA anthem back in 2012.