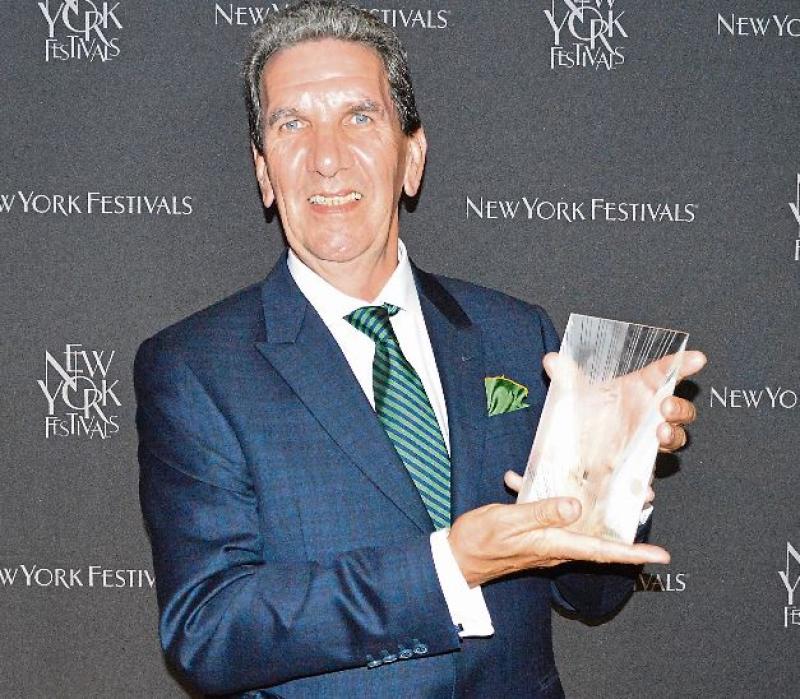 It’s been widely dubbed as being the ‘best job in radio’ and for the Longford man who held down that role as Head of RTÉ Radio One for the past seven years it’s an axiom which could not be more apt.

Killoe native Tom McGuire hangs up his editorial cloak at the State broadcaster in less than three weeks time some 26 years after starting out as a fledgling reporter at its Cork based studios.

It’s an inevitability the father of three is quite acceptive of as he looked ahead to his impending retirement this week.

“I’m not officially gone until early September but it I would say it was,” said Tom, when asked if the aforementioned tag concerning his current post was accurate.

“It is 24/7 and different every single day. What I found with it was you got an opportunity to see people develop and see careers develop.

“Then there was the whole area of seeing stories develop and how you could bring them on while working with creative people.

“And working with some of the biggest broadcasters in the country to see how and what they could bring to an audience was memorable too.”

Having started out as a Munster based newshound and on the roll-call of RTÉ’s flagship Nationwide programme, Tom’s notability and flair for news saw him earn a move and promotion to a current affairs editor’s position in 1999.

Spells as regional editor in Athlone from 2004-09 followed ahead of a return to current affairs editor from 2009-13.

But it was undoubtedly Tom’s unstinting service as Head of RTÉ Radio for which his many colleagues and the wider listening public will most remember the affable Longfordian for.

Having risen to the top of RTÉ’s broadcasting pecking tree, you could have been forgiven for thinking a feeling of self-satisfaction and ostentation might set in.

Not that Tom was given any chance to entertain any of those grandiose sentiments as his first and most arduous task came within a matter of weeks of taking over.

Pat Kenny had just been headhunted to take over the chair of a new mid-morning talk show with Newstalk in a move which caught many, not least those occupying the Montrose pursestrings, decidedly off guard.

“It all happened inside four weeks (of taking over as Head of RTÉ Radio),” rued Tom. “Pat Kenny upped sticks and headed off to Newstalk and Sean O’Rourke was the man who came in.”

It was a bold, but at the same time wise choice.

Readily viewed as a safe pair of presenting hands, the Galwegian had already been the best part of three decades with the State broadcaster and grilled some of the biggest names in Irish socio-political life.

The decision was made even more painless given that the pair had crossed journalistic paths on more than one occasion, something Tom patently appreciated.

“Sean would have been the first appointment when I was here and it was a great success,” confided the proud Longfordian.

“It wasn’t an easy thing when you have to replace someone as high profile as Pat but Sean was able to deliver and he definitely delivered in spades.”

A brave statement it may be, it was one which was backed up by cold, hard and undeniably impressive results.

By 2017, the station’s mid morning slot had no fewer than 354,000 listeners, its highest audience reach for some 15 years.
But as is so often the case in the world of media, every high can be followed by the cruelest of lows.

The latter of those, for Tom at least, in January of this year when enduring the sudden and unexpected loss of his close friend and colleague Marian Finucane.

The former head of RTÉ also recalled how he first came into contact with Ms Finucane the best part of 25 years ago.

“I remember I had been training as a radio producer since the mid 90s and when you are finished you are normally assigned a programme for your induction and that programme happened to be Liveline when Marian was presenting,” he said.

But it was in her hugely popular two hour Saturday and Sunday stints on the national airwaves that the duo's working relationship really thrived.

“On Saturday mornings, you would often have the likes of gardening and community based programmes.

“Marian saw an opportunity to do something and it (show) became very successful both commercially and editorially,” he added.

Tom’s admiration and deference for those around him goes a long way towards summing up the Killoe man’s likeable persona.

Soft spoken and courteous, it’s perhaps no wonder why he has managed to chalk up more than 25 years at the very apex of Ireland’s rich broadcasting industry.

Casting those glowing personalistic traits aside, there’s an innate humbleness to the man who is preparing to take his leave from an arena which is arguably incurring its greatest ever state of flux.

That conclusion is one which can be drawn from the deep sense of attachment he duly holds to his native parish.

Having been reared in the hilly, yet leafy surrounds of Esker Post Office, Tom needed no cajoling in rhyming out his former alma maters, being Ennybegs National School and St Mel’s College.

And while journalism was where he ultimately made his name, life could have been considerably different had he continued on a more spiritual path after being ordained a priest during the early 80s.

“I suppose I was looking to do something else,” he conceded, when asked about his decision to leave the priesthood some seven years later.

“I was doing a bit of media work in between and it sort of turned my head.”

Whether it did or not, it was certainly the watching public’s gain as RTÉ enjoyed arguably one of its most propitious periods with Tom at the helm.

Fast forward the vast bulk of two and a half decades and the man at the centre of it all has already set his sights on improving his golfing handicap as well as keeping trim pounding the highways and byways of his adopted home of Moate in Co Westmeath.

One feature of the job he confidently asserted he won’t miss is the gruelling 240km daily round trip commute to work.

“It will be just nice to unwind for a while and not have to be faced with that,” said Tom, with more than a tinge of relief.

“I will just take my time and see what pops up.”

One channel of discourse Tom looks set to persevere with is his deep seated involvement with the European Broadcasting Union (EBU), a long established forum that strives to secure a sustainable future for public service media.

And it’s that same sense of sustainability Tom contended can be achieved in its private sector equivalent dispute the litany of fiscal challenges it faces.

“What people want is trust, a product they can place their trust in and if the likes of online and social media can be built around that then the opportunities are there,” he added.

Given his stellar two and a half decade tenure at the top of the Irish media food chain, he might not be far wrong.