Hume praised for his 'untiring efforts to promote dialogue, reconciliation and peace' 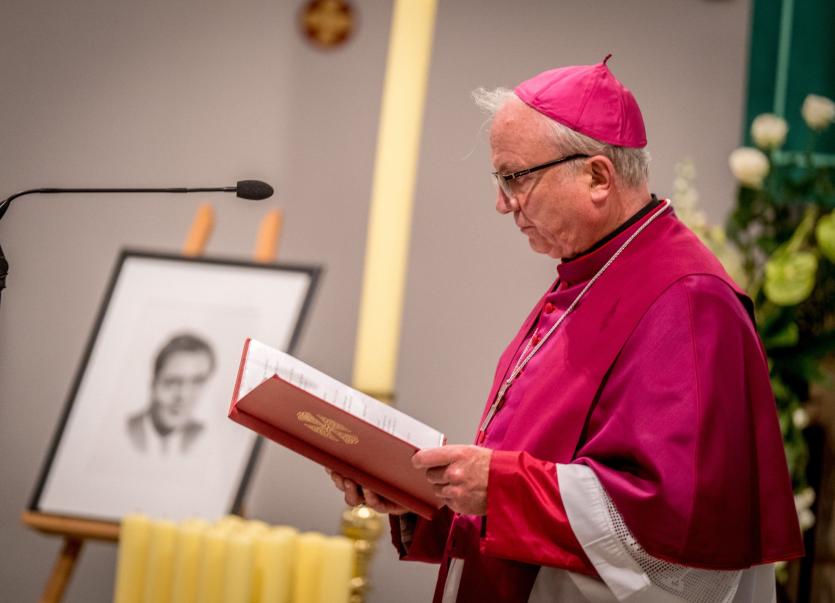 The Pope and Dalai Lama today sent messages of sympathy to the funeral of John Hume.

During the service at St Eugene's Cathedral, Bishop of Derry, Donal McKeown, read out a message from the Vatican’s Secretary of State, Cardinal Pietro Parolin, on behalf of Pope Francis.

The message read: “His Holiness Pope Francis was saddened to learn of the death of Mr. John Hume, and sends the assurance of his prayers to his family and to all who mourn his loss.

“Mindful of the Christian faith that inspired John Hume's untiring efforts to promote dialogue, reconciliation and peace among the people of 1Vorthern Ireland, His Holiness commends his noble soul to the loving mercy of Almighty God.

“To those who mourn his passing in the sure hope of the Resurrection, the Holy Father cordially imparts his Apostolic Blessing as a pledge of consolation and strength in Christ the Lord.”

Bishop McKeown also read out a message of sympathy from the Dalai Lama.

The message said: "I was pleased to be able to meet John during one of my several visits to Northern Ireland.  Indeed, his deep conviction in the power of dialogue and negotiations in resolving the problem in his homeland has been an example of non-violent resolution of issues.

"It was his leadership and his faith in the power of negotiations that enabled the 1998 Good Friday Agreement to be reached.  His steady persistence set an example for all of us to follow.

"Although my fellow Nobel laureate is no longer with us, his message about peace and nonviolence in the resolution of conflict, no matter how protracted or difficult it may seem to be, will long survive him.  He lived a truly meaningful life."