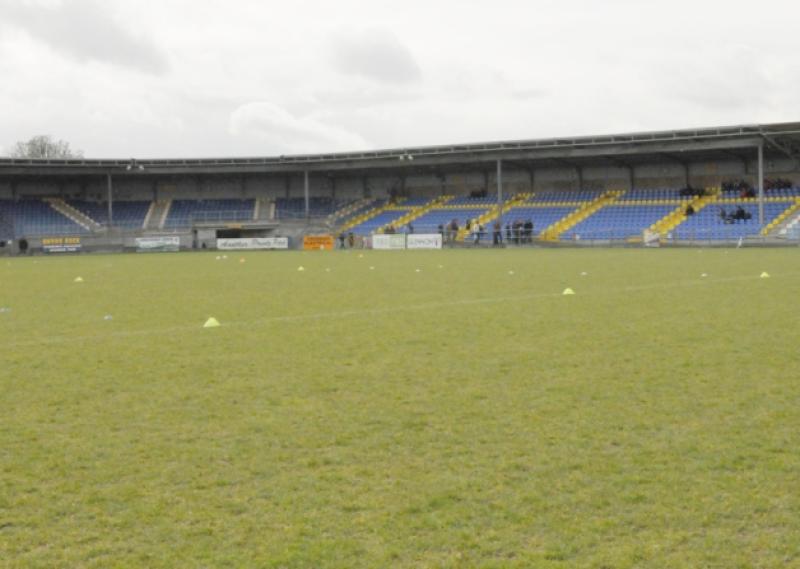 We now have the rather farcical system where 200 is the maximum capacity in any club grounds.

The GAA is a nationwide, socially impactive, and important organisation. It’s the largest sporting organisation in Ireland. By a long shot.

It’s one that has stood the test of many things, without ever losing the principle of its aims.

Normally, people attend GAA games freely, and often go to games in which they have no obvious involvement, maybe making the decision relatively late in the day.

It’s known as freedom to choose.

The pandemic has caused most things to be disturbed, and the Gaelic Athletic Association is disturbed like everyone else.
First off, I respect the need for care during this awful virus.

It’s difficult for everyone to be treated fairly and the need for protection has in some cases been a little overboard.
Take a rural club ground.

This is where we find out whether or not anyone really cares about clubs, in general, and rural clubs in particular.

We now have the rather farcical system where 200 is the maximum capacity in any club grounds.

Please note this is not the fault of any county board, or club.

Locals, who have attended matches all their lives, many of whom have contributed to the GAA by playing for their local clubs, now have to be subjected to being put in a raffle for tickets for a game.

It’s my honest opinion that to restrict the numbers at a club grounds to 200 (including both teams and mentors) is very, very lowly pitched.

Nobody wants to be exposed to the virus, that’s for sure.

But most club grounds, that I’ve ever attended, have ample room for social distancing way beyond the present imposed capacity.

I’ve been in every ground in Longford; the vast majority can hold more than 200 with plenty of room for social distancing.

Not wanting to sound off too much, this writer would say that a capacity of 400 would be less criticised and less farcical, than the current capacity rules allow.

It’s unfair that nobody knows until the last minute what is happening. This is the feedback from every report researched.
That is caused by whoever is responsible for such matters.

In my own club we were still waiting on word from the County Board (who it is possible were waiting on Croke Park instructions) on Monday evening, for a match on Wednesday.

Late on Monday evening we were informed that for the tickets available - 50 - we’d all have to be entered in a draw, to see who the lucky ones were.

Less than 24 hours later we were told that the game would be on a first come, first served basis.

Now we all realise that it must be a nightmare for those looking after the administration. But surely this is a shambolic example for clubs to be forced to deal with.

Remember, that club officials are all voluntary.

Nobody earns any money for working in the clubs.

It seems outrageous that clubs can be told as late as one day before the game what is actually happening.

By that time they are faced with changing yet again, in late evening, after their own work.

We must urgently find a better system, in fairness to clubs.

We all understand that headquarters make the rules, and we do accept that. But really, the county board should go to Croke Park and fairly explain that limiting the capacity of every ground to 200 is both unfair, and unnecessary.

Better not to have any games at all than have club secretaries, chairpersons, and all the many volunteers run off their feet, and causing bad feeling around the club; which is after all the backbone of the GAA.

We should not forget that fact.

We should not forget what the GAA is supposed to be about.