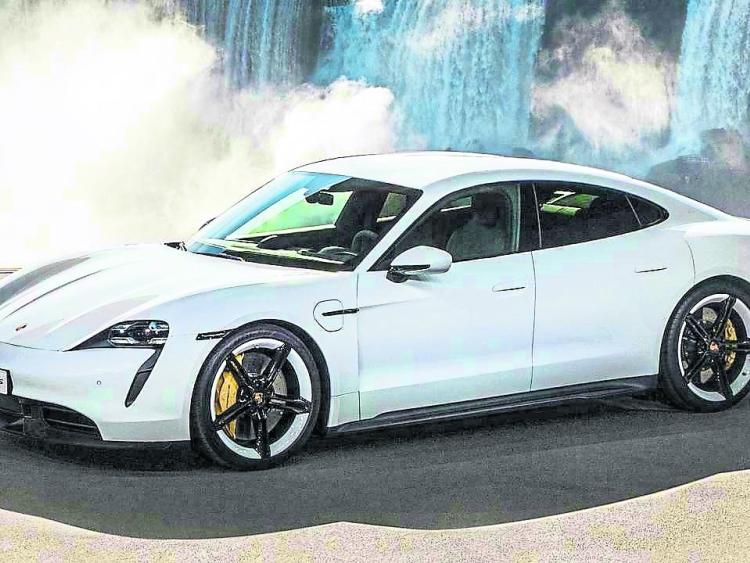 We are all being told that electric cars are the future and manufacturers are certainly throwing a lot of money in research and development to ensure they have an electric car to suit their customers.

A new Porsche is always an exciting proposition. After all they don’t build mainstream bread and butter models. The Porsche name has always been synonymous with luxury performance cars, and a heritage rich in motor racing history. So leaping into the EV market is a huge step.

Now before I continue this is not a full road test as I only had a brief drive in the Taycan 4S recently, a full review will follow later in the year.

In typical Porsche fashion they invested billions of euro in research and development of the new Taycan. The aim was to produce an electric GT sports car that retains that Porsche Sports car DNA.

The new Taycan 4S has a 79.2 kWh lithium -ion battery between the two axles and an electric motor driving each axle. With air suspension, four wheel steering and a rear mounted two-speed gearbox the set up is designed to deliver real driver satisfaction and blistering performance. Porsche claim a range of between 320km and 466 km depending on driving conditions.

Three versions are currently available the 4S (as driven here) the Turbo and Turbo S.

Using a unique 800volt electrical architecture. This set up allows for much faster charging than lower voltage systems and much greater performance.

The Taycan 4S delivers 435 PS. The Turbo delivers 625PS and the Turbo S a massive 761 PS with launch control and overboots.

Porsche also claim that the new Taycan does not deplete its performance as quickly as other EV’s when you use the massive acceleration, claiming you could do up to 10 back to back standing start launches with consistent performance.

I had the opportunity to sample the Taycan 4S on some of our typically challenging roads and came away very impressed indeed.

First I like the style, there are overtures to the shape of both the 911 and the Panamera. Sitting on massive 21 inch wheels the new Taycan will certainly turn heads, its a cracking looking car.

Slip inside and the owner of a current Panamera or 911 will not feel unfamiliar with the controls. Everything is now digital of course with even the controls in the centre console set in a portrait screen with haptic touch to the screen “buttons” Very nice!

The interior of the 4S I drove had the option “non leather” (read eco friendly) package which costs over €3,000 extra and frankly I felt looked a bit underwhelming in such a luxury and expensive car.

Driving the Taycan 4S I was left with two overriding lasting impressions. It feels very much a true Porsche! Its very very quick!

Its super silent, the brakes are incredible and it handles extremely well though you do feel that massive 2.3 tonne weight at times.

So whats my verdict from this short drive? The new Porsche Taycan is King of the electric cars! Porsche have done it again and in my opinion have created the wolds most desirable high performance electric car! If you want one however join the queue.