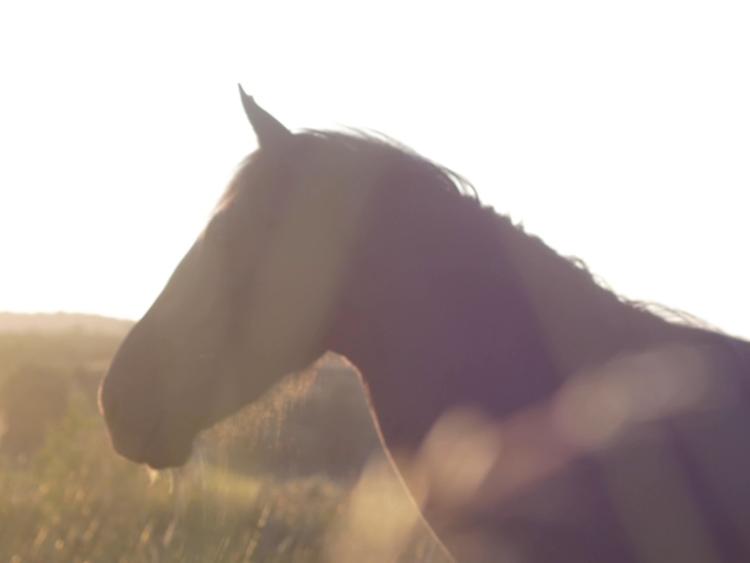 A new exhibition of work by the Boyle based artist Mary Garry is due to open at Roscommon Arts Centre this Friday.

This exhibition comprises of a new film work by Mark entitled An Lucht Siúil (The Walking People). The film explores the relationship between Irish travellers and Modernism, specifically the relationship between Irish Travellers and the Irish state as it is played out between the traveller and settled communities in the middle part of the last century.

The film's narration in five sections adopts the theatrical structure of a Greek Tragedy performed partly in English and partly in Shelta (de Gamon /Cant), the language of the Irish traveller. These songs, written by the artist, act as a poetic response to Ireland's complex relationship to land and land ownership, and the relationship between the peoples who share this land.

Mark Garry is an artist, curator, writer, educator and occasional musician. His practice is multifaceted and incorporates a variety of media, mechanisms and material interests. These include drawing, film making, photography, sculpture, sonic sculpture, performance and collaborative music projects.

In many cases a number of these elements are combined in a singular exhibition situation to form installations. Driven by a fundamental interest in observing how humans navigate the world and the subjectivity inherent in these navigations.

Mark has held exhibitions at museums and art venues in Europe, North America and Asia and represented Ireland at the 2005 Venice Biennale. In addition to this exhibition, this year Mark has had a solo exhibition at The MAC, Belfast and will take part in the Chanwon Sculpture Biennale in South Korea.

An Lucht Siúil  was originally commissioned as part of a Percent for Art project by Roscommon County Council. The exhibition is open from Friday August 7 and continues due the centre’s opening hours until September 22.