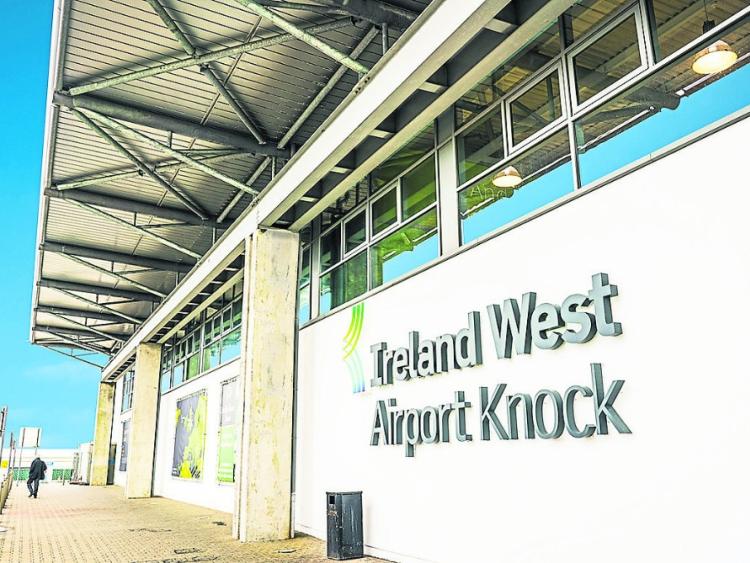 The impact of COVID-19 on regional Ireland is having a devastating effect as Ireland West Airport reveals the impact of the pandemic on the airports business.

2019 was a record year for passenger numbers at Ireland West Airport with 807,000 passengers using the facility. This was the fourth consecutive year of passenger growth at the airport with passenger numbers forecasted to reach 1 million passengers annually in the next two years. The airport had a strong portfolio of European airlines serving the West of Ireland with Lauda, the Austrian based carrier, set to be welcomed as the airport’s newest carrier in March of this year.

2020 had started off very positively with passenger growth in the first two months of the year and with the airport on target for another strong performing year. However, March 2020 and the onset of the Corona Virus pandemic changed the aviation landscape with unprecedented consequences as the airport was forced to close its doors on March 30th.

The airport was closed for 91 days with airport staff ‘furloughed’ and all airport operations suspended during this time. This followed the news of key airline partner, Flybe, who had been operating from the airport for over ten years, ceasing trading in early March, with the immediate loss of their longstanding and popular services to Birmingham, Edinburgh and Manchester.

The airport reopened for business on Wednesday July 1st 2020, however the impact of the pandemic has been far reaching both in the short and medium term. Whilst air services have resumed with Ryanair at 40% of their planned schedule in operation, passenger numbers are significantly impacted as a result of the current travel advices in place. Aer Lingus operations on their service to London Gatwick remain suspended with a provisional return date planned in mid-September.

This will have a devastating impact on the hospitality and tourism industries in the west and North West of Ireland that rely heavily on the overseas connectivity and the 250,000 inbound visitors annually that travel through the airport.

From an employment perspective the airport has had to reduce its workforce by 25% to respond to a prolonged period of reduced flight services and passenger demand, combined with a major decline in commercial income for the airport, all of which will result in the airport forecasting revenues to decline by over €11m in 2020. Since reopening, all staff at the airport are working on a four-day week basis which has been made possible for the airport as a result of the Government Temporary Wage Subsidy Scheme (TWSS).

Commenting on the most challenging and unprecedented period in the airports history, Arthur French, Chairman, Ireland West Airport said "COVID-19 has and continues to have a devastating effect on, not just the airport, but the entire aviation and tourism and hospitality sector. We expect passenger numbers in 2020 to decline by over 600,000 passengers in comparison to 2019 levels and it’s expected to be 2023 at the earliest before aviation returns to pre COVID-19 passenger levels.

"We welcome the recent publication of the Government formed Aviation Task Force report which set out clear recommendations to support and rebuild the aviation sector and in particular to support regional connectivity which is of critical importance for the recovery of the regional economy.  We have recently met with and continue to have positive discussions with the Department of Transport and the new Minister of State, with responsibility for Aviation, Hildegarde Naughton, TD, as regards implementing the actions of the report and putting in place the appropriate financial support mechanism to support and incentivise the restoration of critical air access into regional Ireland."