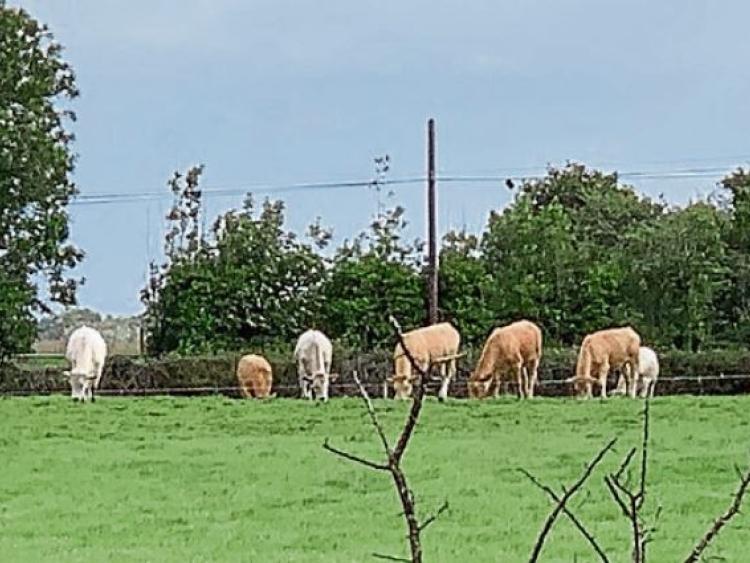 Cattle observing social distancing in Ballinalee. "I wish someone (in the GAA) would explain to me how team huddles can take place if it requires distance between players?

We’re all very happy in one sense, to see the GAA club scene back in action.

There are rules and regulations drawn up for training and particularly matches.

As someone who was involved closely with teams for a time, I find it hard to figure how these rules and regulations will be managed.

For example, the regulations state “team huddles should only take place where social distancing is observed;” (??)

I wish someone would explain to me how team huddles can take place if it requires distance between players? The very idea of a huddle is to bond players with one another before going into battle.

Two metres apart is the distance required (and stipulated among the regulations handed down by Croke Park).

It’s not a “huddle” if it takes place as a huge circle, with players two metres apart.

I’m afraid that the GAA is being disingenuous in bringing forth rules that simply cannot be observed, or managed.
It makes a mockery of having rules in the first place.

Far better to let teams go back to playing - if that is deemed to be the decision - without sugar coating the instructions to satisfy some perceived body or other, when it is too far fetched to be observed.

There’s little point asking them to behave in some alien fashion, if they’re going to be allowed to contest the dropping ball, mark their opposite numbers throughout the game, and generally exercise what sports demands: close contact.