Longford Leader columnist Mattie Fox: Motivation for change should be betterment of game not politics 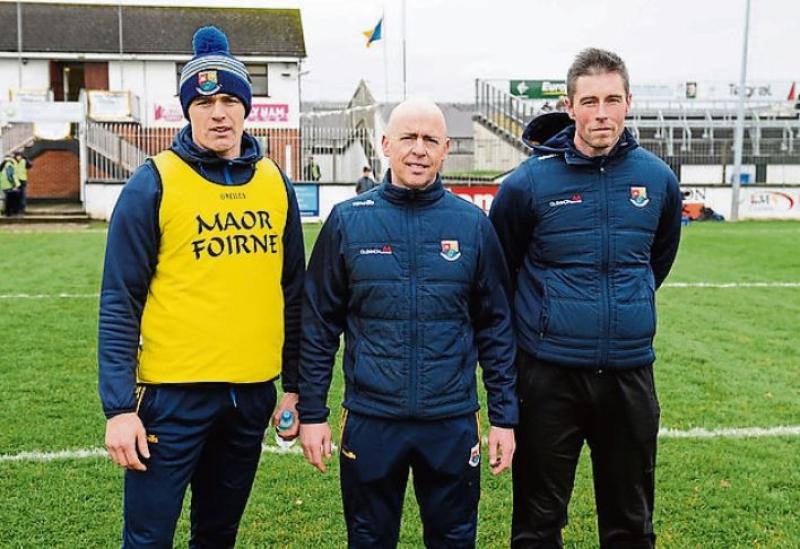 Coming into this week, I had to decide just how much of Padraic Davis’ chat I wanted to include.

This is week three, and it’s time to conclude. By the way, I had enough interesting material to go on for another fortnight!

The Longford manager certainly isn’t shy about talking and you read more about what he has to say in this week’s ‘Longford Leader’.

Padraic is a very unusual manager in that he answers every question, and if he doesn’t want to, he says so.

It doesn’t help managers' attempts at transparency but that's the modern game of dealing with the media.

We discussed the representation of young voices in the GAA and his views on ‘The Sunday Game’ programme.

MF: What do you think of the general make-up of delegates in the GAA? Are there enough young voices, of course experience is vital. That I acknowledge. But isn’t it the case that complexities of advances in both the game itself, and technology is so rapid, that younger minds are needed to properly assess what’s happening.

PD: “I don’t think there’s any doubt about that. That’s an accurate assessment. We need young bodies particularly with technology.

The one thing I’d say is, there are some fantastic delegates from club level to inter county level right the way up to provincial level and up to Croke Park level.

The issue I have is that for many delegates, they park Gaelic games per se, and they get involved in the political game. That’s an issue.

I think they’ve become totally removed from what’s happening at grassroots level, and even their basic understanding of the game.

I’m not really the executive or administrator type, though I absolutely admire the executives at club level, it’s a tough, tough game.

The game itself is my interest.

The changing of the rules is the big one for me. Some of the delegates, whoever asked them for a favour that was it. They didn’t stand tall, and make the decision themselves.

Whether it’s advanced marks, or line balls or kick outs being moved or whatever they didn’t assess it.

They just fell in line with whoever asked them to vote a certain way; that was it.

That disappoints me. That goes on, no point in saying it doesn’t.

I think the game deserves better. It's all about playing at the end of the day and for those of us who are spectators, all decisions should be made with that in mind.”

MF: What do you think of ‘The Sunday Game’. Do you think they understand the basics of how the game is now played?

So that’s the way the game has evolved; we can complicate it all that we want but that’s it, basically, in a nutshell and we have to accept that.

Even Spillane; how long could Pat Spillane go on not accepting it?

Now he accepts it, because it is what it is!

But for five, six, seven years it was a non stop rant; but the game was never going back.”

Padraic feels, as I do, that ‘The Sunday Game’ is a big part of Ireland’s Sunday TV viewing, the guests are good, with lots of real talent in their midst.

MF: I ask him is it acceptable that Dublin is so well resourced as to contribute to an imbalance in resources?

PD: “I don’t think there’s any doubt about that.

Yet I do believe that the dominance of Dublin is first and foremost, population based.

“Yes, there have been exceptions to the rule, small counties win a provincial title etc but first and foremost it’s population based.”