Longford Leader columnist Mattie Fox:
I owe some of my musical tastes to the late Brendan Bowyer 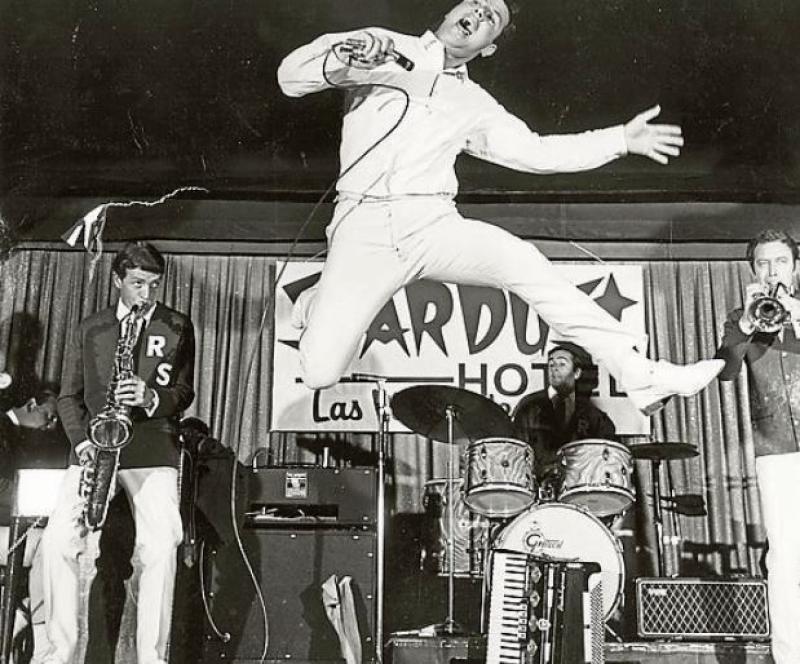 The late Brendan Bowyer on stage

Brendan Bowyer in the Longford Arms circa 1965 awakened something in my head that lay dormant for years.

My father played Irish Music, which has endured in my head forever, maybe that was one aspect.

American Country music also, is one of my first loves.

But that night in the Longford Arms I little realised that Bowyer had studied opera for a time in his youth.

This discipline left an indelible mark on his very being.

Years later long after the time of performing, I learned a few things myself. I owe at least some of my musical tastes to Bowyer, and that fateful night in the LAH.

Brendan Bowyer (pictured) really knew how to use his voice, and in that he stood head and shoulders above his contemporaries of the time. He was constantly delving back and using the voice control, and minute aspects of real singing, as he cavorted around the stages of Ireland back then.

Bowyer was an intelligent and gentle man, who concealed the reality of his intellect quite naturally, uncontrived, with ease.

He effortlessly had the common touch when meeting fans.

He also had a very astute manager, the great TJ Byrne, who knew how to administer the money, and whom Bowyer trusted implicitly. Byrne signed the Royal to EMI at the time, a powerhouse as record companies go.

I presume that the Royal received royalties in their day, perhaps thanks to TJ Byrne.

That said, I wouldn’t bet on it!