Pubs legally allowed to deliver drinks and have takeaway sales

Pubs throughout will now be able to operate during the Covid-19 lockdown, subject to certain restrictions, it has emerged.

This is due to a “lack of clarity” in the liquor licensing laws.

According to a report in today’s edition of The Irish Times, Garda Headquarters has sought legal advice on pubs delivering drinks and selling takeaway beverages from their premises and has been told that both practices do not contravene liquor licensing laws.

The report stated that “as long as drinks, including poured pints, are paid for on a licensed premises they can be delivered to customers.”

And it added that takeaway sales are also permitted once those buying drinks in that manner consume them more than 100 metres away from a pub and not in a public place.

In effect, it means that pubs can operate delivery and off-sales as an “essential service” during the lockdown, like supermarkets, pharmacies, hardware stores and some other businesses.

Last week, the a case of O’Flaherty’s Pub (below) in Buncrana made headlines as it was running the “Guinness Express”. 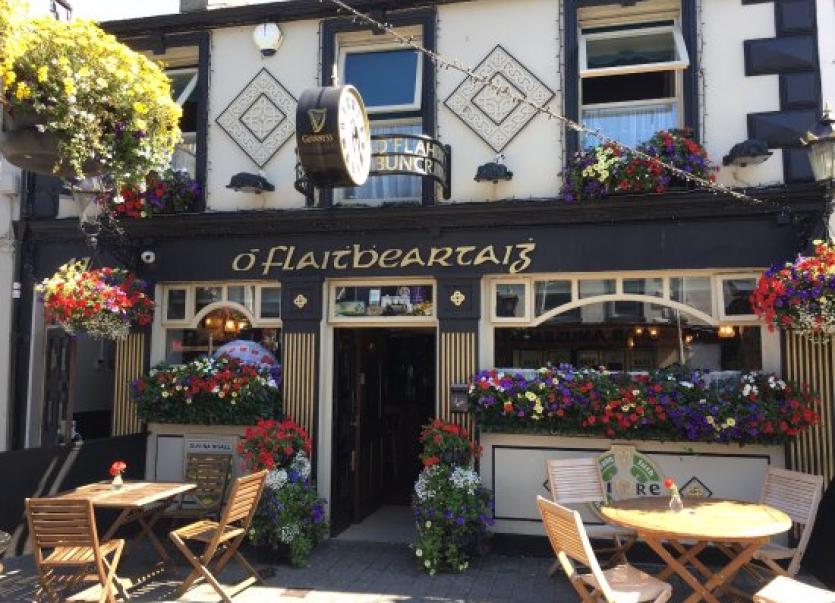 It was forced to half deliveries after gardaí called to the premises.

Pints of Guinness had been wrapped in cling film for delivery purposes.

At the time a spokesman for the pub complained gardaí were unable to tell him what laws staff had broken.

Now, it has emerged that after the legal advice received in recent days, such deliveries will be possible once the drinks are paid for in advance to a person on a pub’s premises.

For the full article SEE HERE