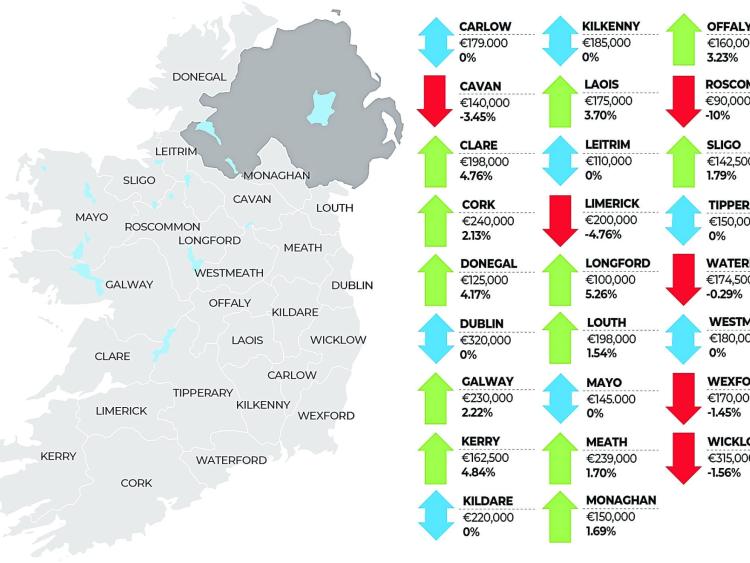 Property prices in Longford have risen by €5,000, according to the latest MyHome.ie Property Report in association with Davy.

The number of properties for sale in Longford on MyHome.ie fell by 2.1% in the last quarter and was up 20.1% on this time last year.

The average time for a property to go sale agreed in the county after being placed up for sale now stands at five months.

The author of the report, Conall MacCoille, Chief Economist at Davy, said that indicators of activity suggested the housing market had recorded a decent start to the year.

“After activity was depressed by Brexit in 2019, residential property transactions in January were up 6% year-on-year, while agreed sales and mortgage approvals in Q1 were both up 10% annually. Similarly, housing completions rose to 21,124 in 2019, up 18% on the previous year,” he said.

However, he noted that Covid-19 and the measures needed to fight it would likely kill off any green shoots we have seen so far this year.