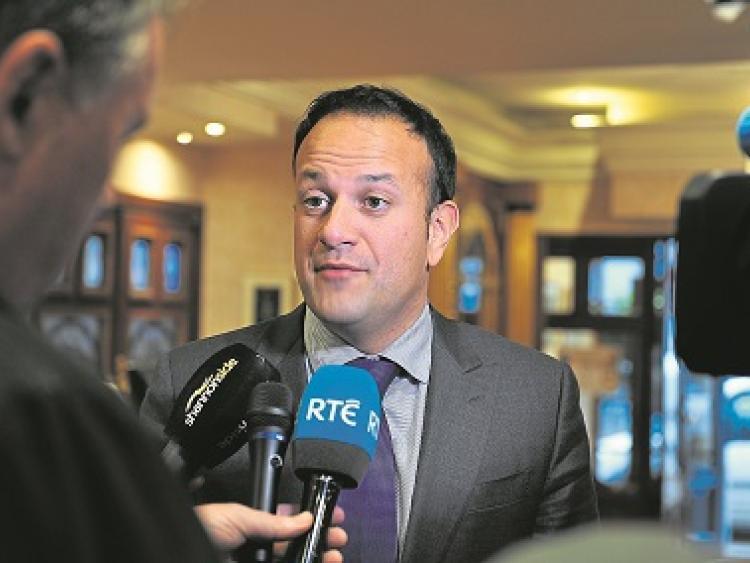 On the evening of St Patrick’s Day, An Taoiseach Leo Varadkar appeared on TVs across Ireland, and gave the speech of his life.

This was a speech composed by himself, while sitting in solitary isolation on the plane returning from America.

In that one sitting he wrote over 2,000 words, but knew that it needed editing.

It was tweaked and shortened to almost 1,800 with the help and vision of some of An Taoiseach’s most trusted allies.

Only An Taoiseach was an elected member!

In substance, the main thrust of the speech remained Varadkar’s own creation.

When he delivered the speech, he wasn’t sitting behind a desk, nor was he surrounded by any political lackeys.

Walking purposefully towards the camera, he was like a man wearing new clothes.

So it turned out.

An Taoiseach is someone who is not designed for “being handled”.

At least not by how party apparatchiks want to handle him.

He’s way above all that.

When George Lee, one of RTE’s most brilliant broadcasters became a Fine Gael TD, getting elected by a huge vote, he quickly found out that in politics you are expected to do what is party friendly. I heard one TD at the time say “Ah, George doesn’t realise how the system works yet....but he’ll learn.”

Thankfully An Taoiseach has enough gravitas, stature, and responsibility to outrank, and outthink most of his own party.

Maybe we’ll never know what he could have achieved, if given a free rein. Yet, who knows, maybe he’ll also realise (again) how he once thought, and even might make the party relevant (again)!

But not as long as he listens to, and is guided by, people who don’t remotely come close to his intellect, natural intelligence, and his penchant for saying things occasionally that are way off the scale.

Some people, with very high IQs are prone to thinking too fast, and maybe sounding silly.

I often hear members of all parties saying stuff that would make me cringe with a mixture of embarrassment, and despair.

On St Patrick’s night, we saw the true worth of Leo Varadkar when he made his mind up to say everything he wanted, without any interference except from able advisers.

This is a man who was never designed for electioneering, or shaking everyone’s hand, or being anything except himself.

When he is himself, he’s a compelling presence.

When he became Taoiseach some time back, he was immediately surrounded by a retinue of all sorts.

Nothing wrong with that, provided they don’t expect to be taken seriously. Leo Varadkar deserves whatever he is earning as Taoiseach, but some way should be found to keep him in politics.

Unfortunately since writing that, one is reminded how the political influences can infect almost anyone.

When I said that the Taoiseach might become relevant again, was written before the Sunday Papers reported.

I think, sadly, that it’s more accurate to say we’ll never know how much he could have achieved.

He’ll never feel free within Fine Gael, or any party. All jostling.

At a time of severe crisis.

Anyone who hears the line “You’ve got to know when to hold ‘em; know when to fold ‘em...” thinks immediately ‘that’s Kenny Rogers!’

Rogers died last Friday late in the evening at age 81.

One of the mega stars of the music business, he accumulated a net worth of $250 million in his lifetime.

Yet, at this time of the dreadful virus, it puts everything into perspective. Nonetheless, Kenny Rogers was one of the most consistent artists ever to stand on stage, and indeed, that IS measurable simply by his incredible wealth.

At the height of his powers, in the mid seventies, he became one of the highest earning artists of all time for a period.

I heard him live, one night back in around 2002/3 when he did a live television broadcast from the Sony Studio in New York, and one thing I remember from that night was how he recounted that one of his biggest hits “Ruby”, which was originally recorded by Mel Tillis - also an important country artist, and writer.

Later Rogers heard it when Roger Miller recorded it. He was smitten.

He couldn’t get it recorded, because the record company said it would not be played in the US. He begged for the time, and they humoured him and he recorded it in 20 minutes, at the end of a session.

The record company assumed it would just be an album track, but when Rogers appeared on the Tom Jones UK TV Show, he chose Ruby, still believing it was a potential hit.

Tom Jones was becoming a big item in the US at the time, and his TV show was broadcast almost worldwide.

The Show was broadcast in America, where the audience saw Rogers perform Ruby - the first public airing it received in the US.

It became a number one hit in the USA immediately.

Shows how happenstance affects all things, from time to time.

During the show in 2002, which was a ‘requests show’ Kenny - who wasn’t really a great singer, but had a unique vocal sound - said that he always “believed that his strength was finding great songs”.

Lucille, The Gambler, Ruby, Daytime Friends, etc., etc., were all No 1 hits worldwide. In fact he had 21 No 1 hit singles in the USA.

Rogers was really a pop artist until he recorded Lucille.

That was the song that launched him into Country Music.

Before that he was the lead singer in a pop group, First Edition.

A deliberate, definitive artist, who could be described as one who lost his looks through surgery. It never interfered with his voice, however. He could choose a hit song through all his life.Kenny Rogers; born 30 August 1938 in Houston, Texas. - RIP 20 March 2020.