N55 EPRC between Ballymahon and Athlone will be a major political issue, says steering committee 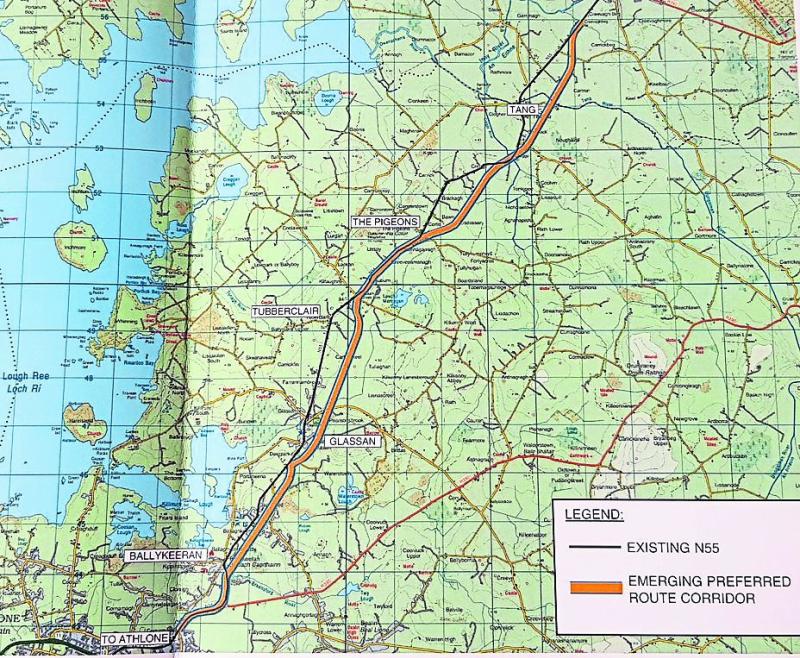 The N55 Steering committee has raised concerns that the Emerging Preferred Route Corridor (EPRC) that has been selected from Athlone to Ballymahon is not the most suitable route and is not in the best interest of the communities, which the road is intended to serve.

“The EPRC starts at Cornamaddy roundabout which is heavily congested. This proposed road will significantly add to the already heavy traffic at this location,” the committee said in a statement.

The steering committee view point is that this route should link-up with the M4 further East of Athlone to avoid further adding to the already heavily congested area at Cornamaddy school.

In addition, the EPRC finishes south of Ballymahon and does not take into account the major junction with the Mullingar to Longford Road.

Again, the steering committee believe that this proposed route should be located further east of Ballymahon and link-up with the existing N55 north of Ballymahon.

The committee has highlighted that a few homes are going to be demolished and numerous other homes islanded between the old road and the new road.

“Some residents will now have a regional road at the front of their homes and a national road behind their properties. This we believe is highly unacceptable in a rural setting and goes to demonstrate that the route as selected is not appropriate for the area,” they said.