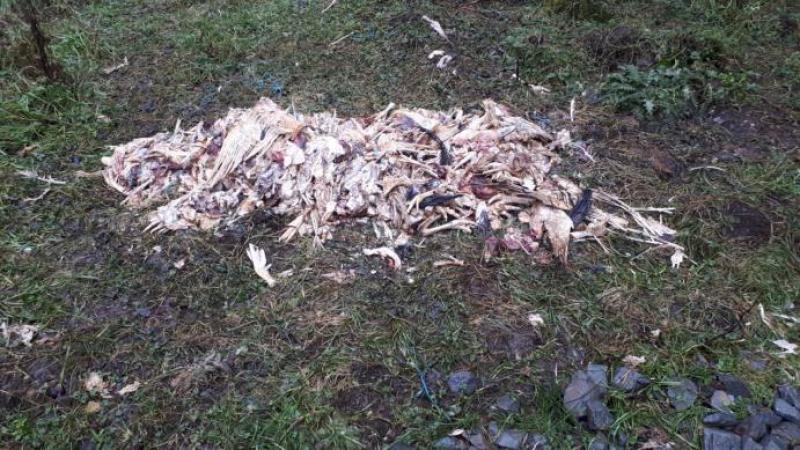 Some of the offal which was dumped

A Leitrim Animal Warden has collected 3 large biohazard bags full of offal at a site outside Ballinamore Co Leitrim, after being alerted to it by a woman out walking.

This is the second incident of dumping of poultry offal in woodland areas near Ballinamore since Christmas. The dumped contents were a mix of goose, turkey and pheasant including heads, feet, wings and innards. Some had numbers taped to necks and there were bits of blue twine and paper towel type material found.

According to a report, there were over 60 heads bagged up and over 60 legs/feet found. A lot of maggots and blood had soaked into the ground. It is also understood the offal was left in an area which is easy to reverse up to, between two streams in forestry area.

The bags were disposed of by the Leitrim Animal Warden. They are now anxious to find the person who carried out this dumping.

Anyone with any information is urged to call the Leitrim Animal Warden on 087 133115 or email leitrimanimalwarden@gmail.com 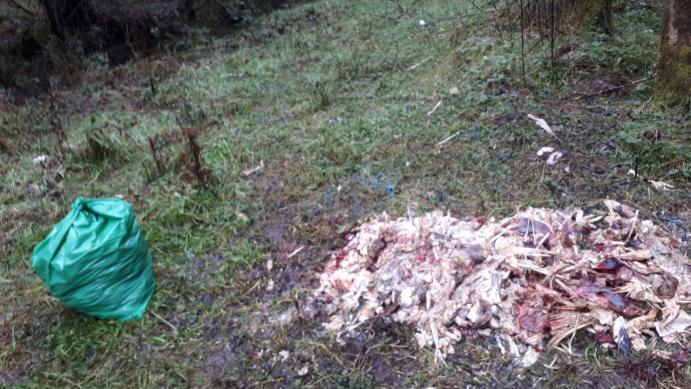 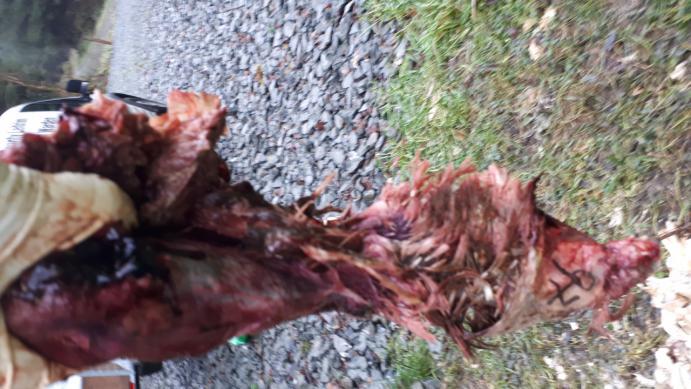