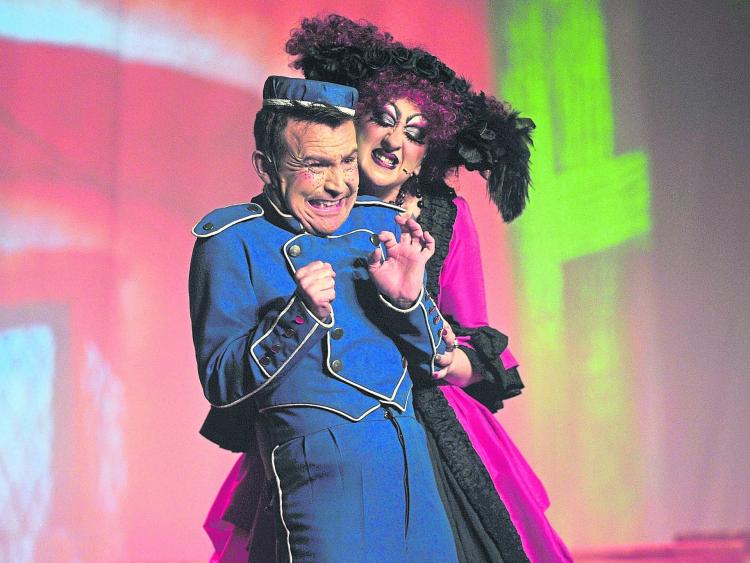 Cinderella went down a treat with Longford audiences as approximately 4,000 people milled in and out of St Mel’s College to see the show over the Christmas period.

And the cast and crew couldn’t be more thrilled with how well all nine performances went down.

Longford country music legend Declan Nerney even made a surprise cameo appearance in the last performance on Sunday and it went down a storm with the audience.

“It went extremely well and the feedback and reviews from the audiences is incredible,” said Paul Hennessy of the first show to be brought to the county by Longford’s Traditional Panto.

“The venue was transformed into the Longford Panto Theatre and the atmosphere was amazing at every show.”

It was a truly amazing experience for everyone involved - so much so that there was a level of sadness as the stage was being taken down on Monday. But the crew aren’t done yeat.

“Next up is a concert in the coming months in Longford featuring the cast of Cinderella, including Mary Byrne,” Paul revealed.

“Then it's time to start planning our Christmas 2020 production, Snow White.”

And they’re ahead of the game this year as tickets for Snow White will go on sale next week.

“Our mission was to bring Traditional Panto to Longford and by the looks of it we have achieved this,” Paul concluded.

Keep up to date with Longford’s Traditional Panto and all the news on Facebook.