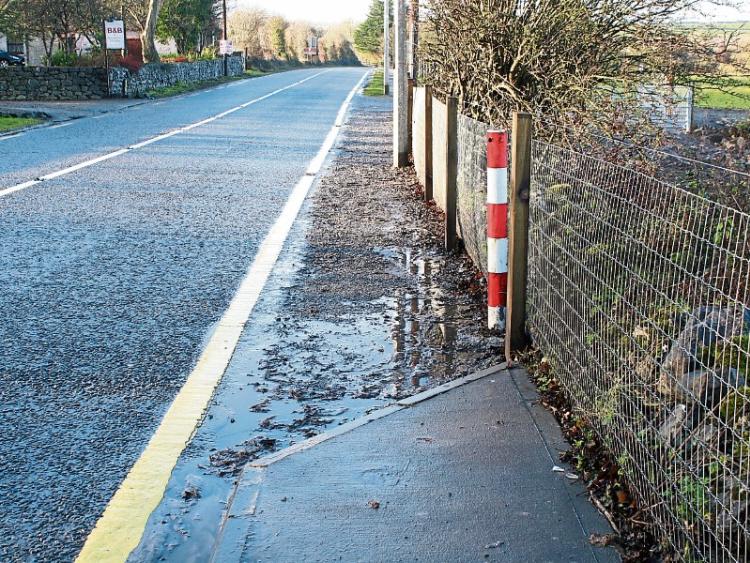 Work on footpaths in Granard will continue right up until Christmas, it has been confirmed

It has been confirmed, that ongoing work on footpaths in Granard will continue in the run up to Christmas.

Longford County Council (LCC) are in the process of redoing the footpath on the R194 Granard road to Kiernan Milling and say it is hoped that works will be completed just after Christmas.

David Coppinger, senior executive engineer LCC, said of the footpath construction on the R194 Granard to Kiernan Milling: “We are hoping to do a bit more with that next week and in the run up to Christmas, to be complete immediately after Christmas.”

Mr Coppinger also confirmed that work to build a pathway on the R198 from Drumlish to Monadufff is ‘nearing completion’, before also outlining further plans for footpath works in Granard Municipal District.

He said, “We will do bits and pieces of footpath repairs in Drumlish, Ennybegs and Ballinalee.

“There is more footpath repairs planned. Some in Ballinalee in the village, Market street in Granard, and in Granard.

“There is then the usual mix of street cleaning, litter collection in towns and villages, minor pavement and pothole repairs, minor drainage works.” he said of other works to be carried out.

Cllr Paraic Brady welcomed work on the pathway from Drumlish to Monaduff.

He said, “It will surely leave it a lot safer for kids to cycle out to the GAA grounds and use the facilities.”

Cllr Micheál Carrigy then sought an update on budgets for footpath repairs.

“Just in terms of funding for next year, and I have spoken to you about paths in Ballinalee, what sort of budget is there for next year?”

Mr Coppinger replied: “I can’t actually give you a budget. But there is a budget available from Irish Public Bodies, so we will go around and examine the individual paths with yourselves and we will then rank them.

“The worse cases will get the budget. There are a couple of places in Ballinalee that are a trip hazard.”

Mr Coppinger confirmed areas of higher risk will be prioritised, such as Ballinalee and Market Street, Granard. He stated, “This money is aimed at eliminating slips, trips and falls.

“We will be dealing with them (paths) before we get any problems.”

Cllr PJ Reilly requested an update on work to take place at the footpath in Abbeylara at Farrell’s Shop.

Mr Coppinger confirmed work will be carried out soon, however, Ballinalee is the current priority, he added.