Longford Leader columnist Mattie Fox: Farmers work diligently and it’s time they got a fair deal for their produce 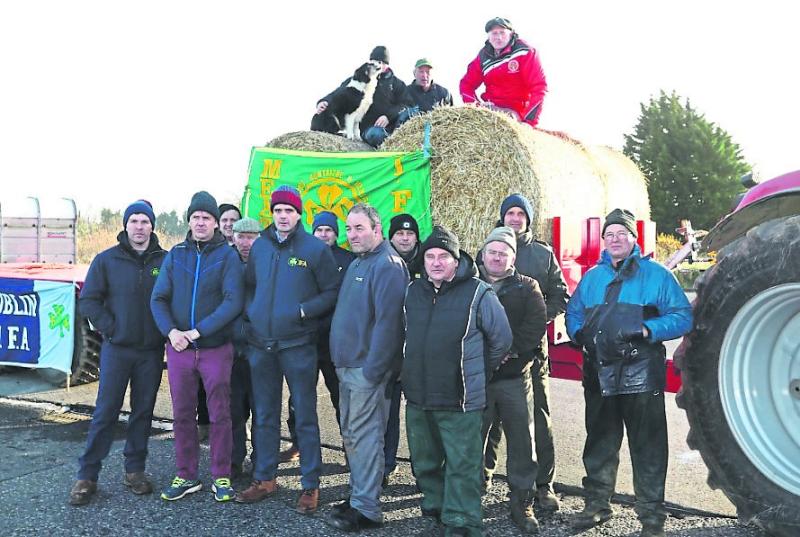 Is there anything better than a good brisk walk in the fresh air - especially at this time of year - when the human tendency is to hibernate indoors & hatch the fire?

I wouldn’t claim to be the most dedicated of walkers, but when I do, I find it invigorating; physically, mentally, and spiritually.

This morning, for example, the crows were busy, a lot of poking their beaks into the soft grass on the football pitch for food, while observant flocks circled overhead heralding stormy weather.

They were right, as usual, as the storm arrived with a vengeance in the afternoon.

Another day, during the summer, a flock of seagulls greeted me - again on the football pitch - all resting on the grass, all facing Gurteen lake, although their view was blocked.

Most were lying down comfortably, but four to six standing at all times doing “sentry duties”, alternating with others from time to time during my walk.

I’d never noticed this before.

A few days later I was there again, and the very same act was in motion, perpetually.

It makes me wonder always why they come so far inland - sea birds - and how do they know when farmers are turning over nutritious food in the earth that they can avail of - an example of nature at its best.

Their actions are as mysterious as the swallow.

Some of the best walks are close to water, and by Gurteen one cannot get much closer.

The sights and sounds of water hens, ducks, swans, and even curlews, can be heard, feeding the soul and senses with joyous chorus.

There is also a social aspect to walking as one meets and greets others along the way, and those of us lucky enough to be in the countryside can watch the changing seasons and the variety of the farmers work before our eyes.

The air is fresh, exercise is healthy, relieves stress, and it is free!

If we intend to protect and preserve what is good in rural Ireland, we must support those who work the land and are the closest to the earth. Farmers keep the land alive, vibrant, and productive for all of us to enjoy.

Farmers hearts and souls belong to the land, and most of them choose to work in the most natural way that humans can interact with nature.

Farmers preserve the environment too, but they must be supported at this time in their efforts to gain fair treatment, and to be allowed fair income in return for their invaluable work.

Returning from the lake passing through the village I stopped to watch a mare and her foal licking one another’s shoulders with love and affection.

I spent about ten minutes watching over the gate, as they continued to express their family affection.
How can the majority of TDS appreciate the value to Ireland of the farming community?

Funny how they (the farmers) carried out yet another effective demonstration when they stopped businesses in towns.

All TDS - including rural members - were forced to act by the recent demonstration close to Leinster House.

The farmers of Ireland work diligently, in all weathers, and it’s time they got paid a fair deal for their produce.

At least now they know how to get attention.