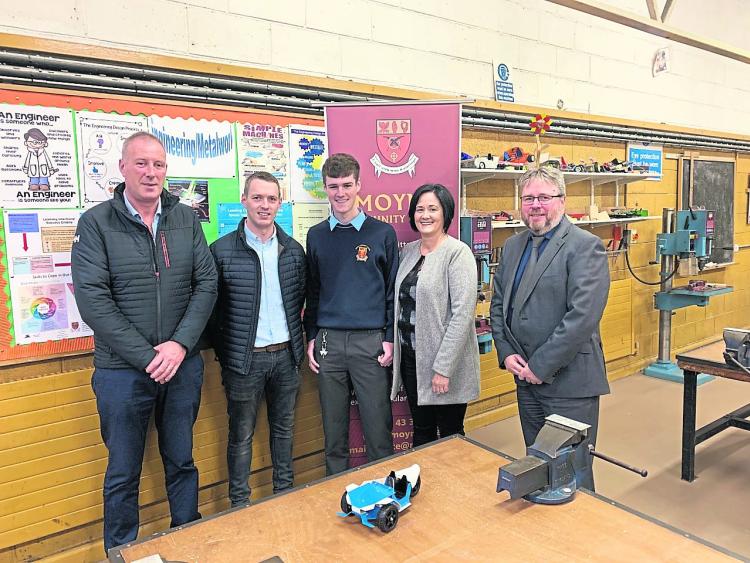 An air of celebration was palpable in Moyne Community School last week as news filtered through that two students attained top marks in their Junior Certificate Higher Level metalwork exam and were placed in the top ten students nationally.

Their outstanding achievements were recognised at the ETTA (Engineering and Technology Teacher’s Association) National Conference in Mullingar Park Hotel on Saturday, November 23 where they were awarded Certificates of Distinction.

Among the attendees were justifiably proud parents Matt and Deirdre Dobson together with Declan and Marie O’Connor.

Also there to enjoy the occasion was their equally proud teacher Mr Declan Donnelly who praised their academic performance and educational endeavour saying, “These are outstanding students who have flourished and helped create a driven classroom environment over the past three years and their achievements are richly deserved.”

Such a prestigious national achievement is an apt reflection of the tireless work which these highly motivated, dedicated and ambitious students have undertaken in their studies.

Delighted principal Des Cullen remarked; “To have one student getting a national award at higher level is a great achievement, but to have two from the same class is exceptional.”