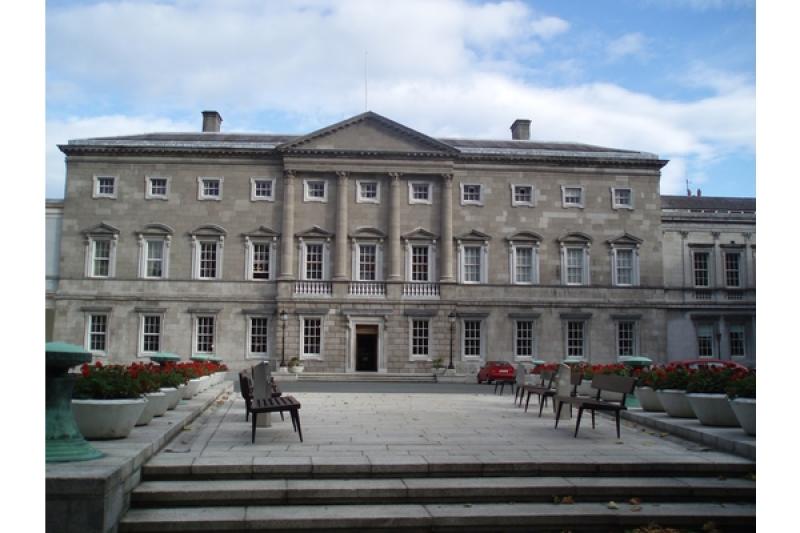 The Houses of the Oireachtas has paid €808,000 for a spanking new state-of-the-art printing machine

The Houses of the Oireachtas has paid €808,000 for a spanking new state-of-the-art printing machine, and then when all were becoming excited about the new acquisition they realised it wouldn’t fit into the building.

They’d bought it, and paid upfront for the machine, before this became apparent. They tried to return it, company declined as a contract had been entered into, but said they’d store it free for a few months while they decided what to do.

The Komori printer was imported by Portman Graphics in Dublin.

The printer was delivered at the end of 2018.

Following the agreement signed in May last year by the Houses of the Oireachtas, they believed “minor” work would be needed such as temporary removal of door frames in Kildare House, would be enough.

However, it has emerged that it will cost a further €230,000 because they’d need a bigger project to allow the printer through.

Officials miscalculated measurements that led to the extra costs.

Surely, in the Houses of the Oireachtas, with hordes of well educated civil servants, they could find someone who knows what measurements are necessary, before committing to any contract.

It’s a fairly basic issue. I wonder sometimes, how the Civil Service, along with Government, operates.

Will anyone take responsibility?