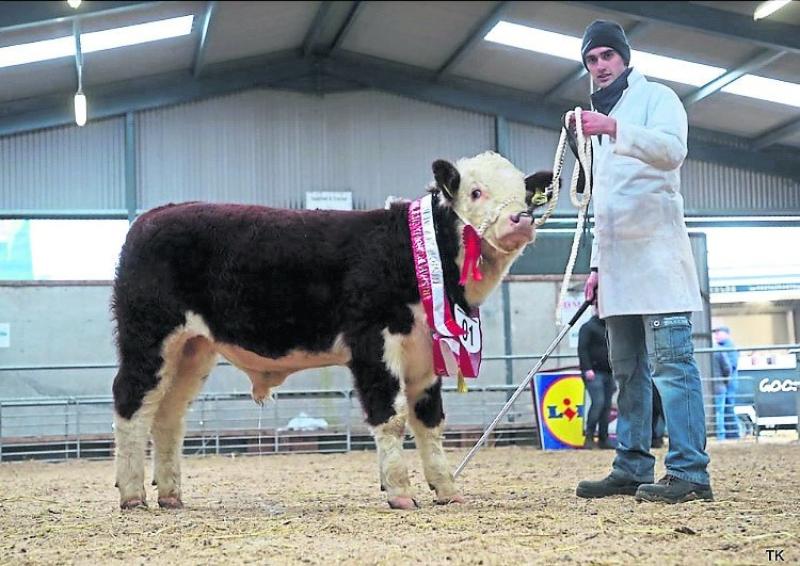 With 90 entries in total, there were five male and five female classes, with two young handler classes also and a commercial Hereford-sired class.

All stock were judged by Pembrokeshire based breeder Ms Non Thorne and weighed on the morning of the show.

There was significant success for Longford breeder JJ Farrell, the owner of Trillick Hereford, as his entry at this year’s show came home with a prize.

He said, “It was a great day for Trillick Herefords at the National calf show with our April bull Trillick Chesney.