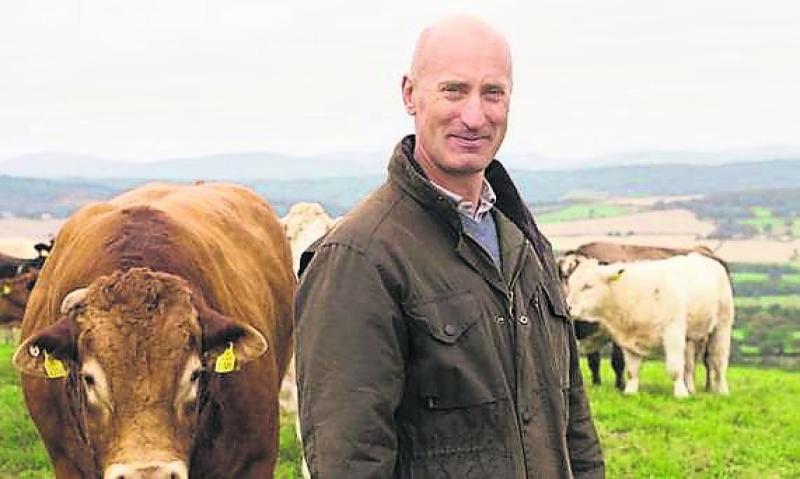 The national livestock chair of the IFA and presidential candidate, Mr Angus Woods, has been re-elected chair of the EU commission civil dialogue group on animal products.

The Civil Dialogue Group (CDG) represents a consultative body ensuring the connection of stakeholders with the EU Commission on all relevant EU issues and policy developments. The group covers beef, sheep, pig meat, poultry and honey bee production. The Beef and Veal Committee covers all aspects of the beef sector, with representatives from farm organisations, processors, traders, retailers, environmentalists and other NGOs from every Member State.

These five EU animal sectors account for more than one quarter of the total value of agricultural production. The EU is a major producer of animal products, accounting for over 15% of global meat production, roughly 10% of world egg production and around 23% of global honey production.

Also read: Work to commence on upgrade of Longford garda station by the end of the year

The general tasks of the CDG are to (a) to advise the Commission on relevant policy;(b) to maintain a regular dialogue on all matters relating to the CAP (Common Agricultural Policy), including its implementation and new measures the Commission may be called on to take; (c) to exchange relevant experience and good practice; (d) to deliver relevant opinions on request of the Directorate-General for Agriculture and Rural Development or on their own initiative (e) to monitor relevant policy developments.

The five animal production sectors covered by the CDG Group are widespread across the EU, from plains to mountainous regions, playing an important role in the European agriculture and economy and being significant sources of employment, including in vulnerable rural areas.

Angus Woods said of his re-election, “This is my second term as Chairman of this prestigious EU Committee and I look forward to continuing to drive the agenda on behalf of farmers at the highest levels in Europe,”