All Longford eyes are on the Ploughing 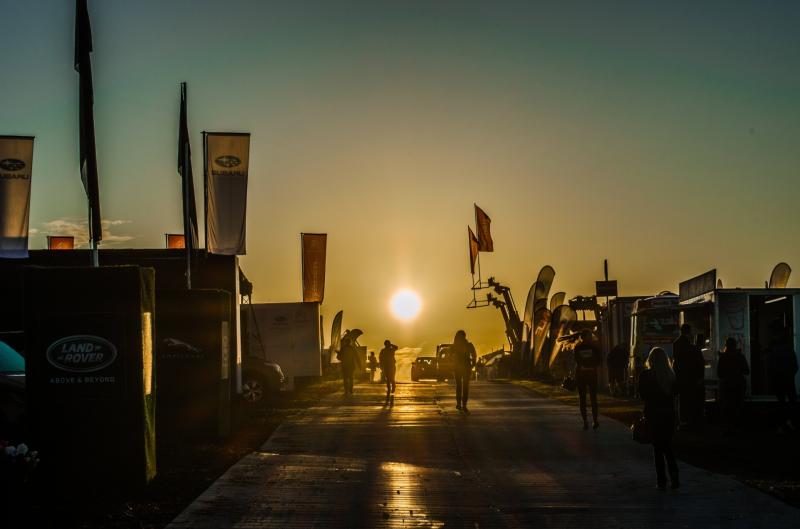 Sunrise on Tuesday morning at the Ploughing (CREDIT: Alan O'Reilly)

This marks the first year the event will be held in Co Carlow, after three consecutive years in Screggan, Tullamore, Co Offaly.
Weather is expected to remain dry and bright over the course of the three-day event, with temperatures to reach as high as 23 degrees by Thursday, September 19.

Gardaí are reminding those making the journey to the National Ploughing Championships to plan their journey well in advance, select the appropriate route and follow the directions of Gardaí and stewards on the day.
There will be plenty of Longford interest at this year’s event, with winners of the Longford ploughing championship classes aiming to take a national title back home to Co Longford.

One such competitor is Edgeworthstown contractor, Anthony Reynolds, who is hoping to add to his vast collection of All-Ireland titles as he competes in the Senior conventional plough section on Wednesday, September 18.

Longford queen of the plough, Eimear Monaghan, will also take to the field on Wednesday, as she competes in the Farmerette conventional plough class.
Other Longford competitors on Wednesday include: Billy Stewart , who will compete in the Vintage 2 furrow mounted plough class, and Fiona Egan, who will take on the Senior Horse plough class.

Meanwhile Sean Monaghan competed in the Intermediate conventional plough class on Tuesday, while Charlie Stewart was Longford’s representative in the vintage 2-furrow trailer plough section. Finally, Brian Casey competed on behalf of Longford in the U40 Horse plough class.
Best of luck to all competitors from the Longford Leader!

Don't forget to keep up-to-date with events in Carlow via the National Ploughing tab on our website at Longfordleader.ie