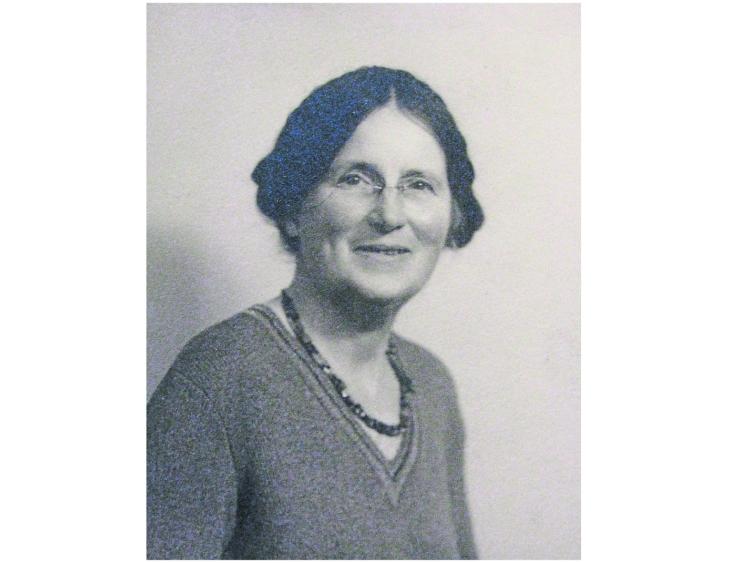 A new stone will be unveiled by Sabina Higgins at the grave of Dr Kathleen Lynn in Deansgrange Cemetery, Dublin at 11.30am on Saturday, September 14.

The event is to remember and honour Irish Revolutionary Dr Kathleen Lynn on the anniversary of her death, and to celebrate the centenary of the founding of St Ultan's Hospital for children.

The new stone recognises the contribution of Dr Lynn in both the political and medical sphere with the words ‘Revolutionary Doctor, Chief Medical Officer of the Irish Citizen Army and Co-Founder of St Ultan's Hospital for Infants’.

The keynote address will be given by Professor Mary Horgan, President of the Royal College of Physicians Ireland.

The 1916 Relatives Association is delighted to welcome two of Dr Lynn’s relatives who are travelling from Australia to attend the event.

Dr Kathleen Lynn was one of around 300 women who participated in the 1916 Rising.

She was born in 1874 and lived in the townland of Mullafarry, near Killala in County Mayo, moving to Shrule in County Longford when she was eight.

Kathleen was from a Protestant Anglo-Irish background; her father was a Church of Ireland Clergyman. When she qualified as a doctor (one of the first women medical graduates in Ireland) she became aware of the poverty and horrendous living conditions experienced by the majority of people living in Dublin.

From then she provided medical care in her home in Belgrave Road, Rathmines in Dublin and was also involved in taking care of the families of the men involved in the 1913 Lock Out.

Her first overt political involvement was in the suffrage movement and later on she was asked by James Connolly to join the Irish Citizen Army, she was appointed by him as its Chief Medical Officer just before the 1916 Rising.

Between the flu epidemic of 1919 and the increase in the incidence of syphilis as a result of soldiers returning from the 1st Word War, the need for an infant’s hospital was ever more urgent; St Ultan’s Hospital opened its doors in May 1919; it was a collective effort led by Kathleen Lynn and her lifelong partner Madeliene Ffrench Mullen.

Right from the start St Ultans’ was a space for innovations in medical treatment and for the prevention of disease. There were classes for mothers and for welfare workers. A holiday home in Baldoyle was rented for families. Maria Montessori visited St Ultan’s to provide advice and support on child centred medicine.

A proposal to merge St Ultan’s and the National Children’s hospital was strongly opposed by the Archbishop of Dublin and the merger never took place. It eventually closed in 1983.

Dr Kathleen Lynn passed away on September 14, 1955 and is buried in Deansgrange Cemetery, Blackrock, Co Dublin.