Longford Leader columnist Mattie Fox: Sunday was Colmcille’s to savour and they are a formidable force 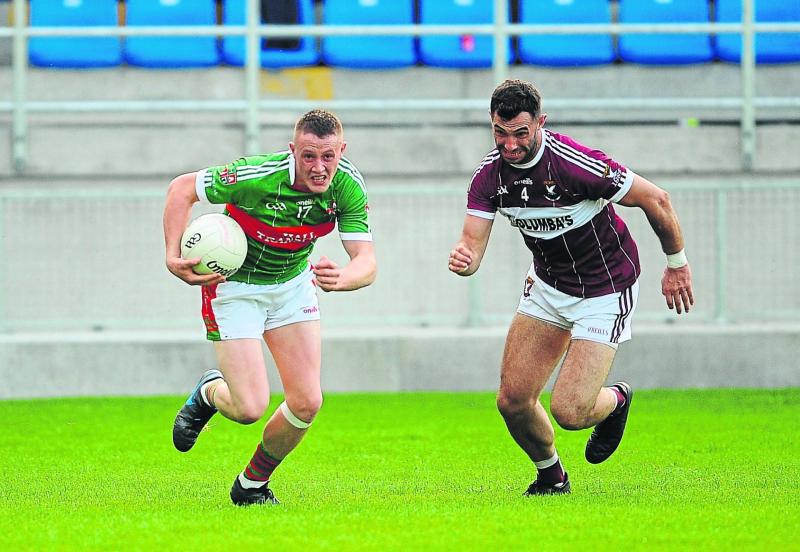 On Saturday evening walking into the palace of dreams I reflected in all the great times spent around that green field.

The name ‘Pearse Park’ was synonymous with something uniquely pleasant, intriguing, and slightly exciting, so it was great to see the Park having been upgraded and looking pristine.

It makes a huge difference when the experience of being in the park is not spoiled by dirty seats, and the many other eyesores, that we had to tolerate for so long.

From boyhood right up to the current day, ‘Pearse Park’ has had a certain indisputable ring to it, and will always be known as ‘Pearse Park’ to me.

Not but Glennon’s were there when needs called, but I do think that naming rights are a bit of a misnomer.

We spend so much time looking at football, and travelling long distances to revel in the exploits of our heroes; that doesn’t change no matter what age you are.

Travelling from Donegal to Waterford, and Kerry to Dublin, following Longford is something one rarely thinks about, but shows the hold that the GAA has on rural Ireland and how much good it’s done.

What other organisation would provide such a wealth of Sunday’s spent harmlessly in pursuit of whatever it is that drives us all to the brink of madness?

Constantly on the road going to the four corners of Ireland; truly amazing, but eternally enjoyable.

On Saturday evening, I made my way to Pearse Park to catch up on the championships, intermediate and senior.

Ardagh/Moydow v Cashel was the first of Saturday’s contests, and it was a game played with honesty and fervour on both sides, which Ardagh/Moydow won after a tough enough battle.

Thirty two people on the field most of the time, as one linesman was constantly straying onto the field, but maybe he felt he needed to watch extra closely!

The referee was also busy, it wasn’t a dirty game, just honest endeavour.

The second game was Dromard v Killoe. From the outset, Killoe looked superior, yet in the second half Dromard put on a spurt and scored a goal, briefly rattling Killoe, but the fresher and younger team worked hard and stayed on top.

Another gutsy game, with some examples of the dark arts on show, but nobody got the line. We laughed in the stand at the number of times a black card offence was committed, without sanction. The game was honest enough, most of the time, and both teams tried hard to win.

The winners, like the first game, were deserving of success.

Sunday evening, I once again attended Pearse Park, where Ballymore v Kilashee were first up - a draw!

Top of the bill came next, and I wasn’t surprised that Colmcille defeated Mullinalaghta. Colmcille have a really great team.

They made heavy weather of it, but then it was Mullinalaghta they were playing, with all the wiles and experience that they had learned on their superb experience which cannot be questioned anytime soon.

Their record stands for all to see, and any Longford person can be proud of their efforts. It could be a long time before any Longford club repeats the same trick.

But Sunday was Colmcille’s to savour, and quite rightly too, as they played superbly though after a great start, Mullinalaghta came to the fore, and the contest was very tough and on the edge most of the game.

But Colmcille showed that they are a formidable force, eventually winning in unquestioning style.

The final result went right down to the wire, but that was fitting too, in its own way, as they earned a deserving penalty close to the finish.

The penalty was the result of a very precise pass, from Barry McKeon - the outstanding star of the day for me - to his brother who fielded the ball cleanly, rising high above the best defenders around.
When he landed, the foul for the penalty ensued, and Barry cooly made no mistake.

Reminiscent of Mullinalaghta’s rescue when winning a penalty in the dying moments of their game in the Leinster final.

On that occasion Gary Rogers struck it home.

This time it was the momentous turn of Barry McKoen, who slotted it to the net.

What a win, but they need to keep their cool.

Killoe are next up, and that won’t be easy.

Yet I still fancy Colmcille to stay on course.

I watched closely as Colmcille stayed on the pitch, in a huddle for quite some time after the finish.

They are very fortunate to have a great manager who deserves the role he’s landed.

The substitutions close to the end of the game made all the difference.

But it was the timing, that really counted.