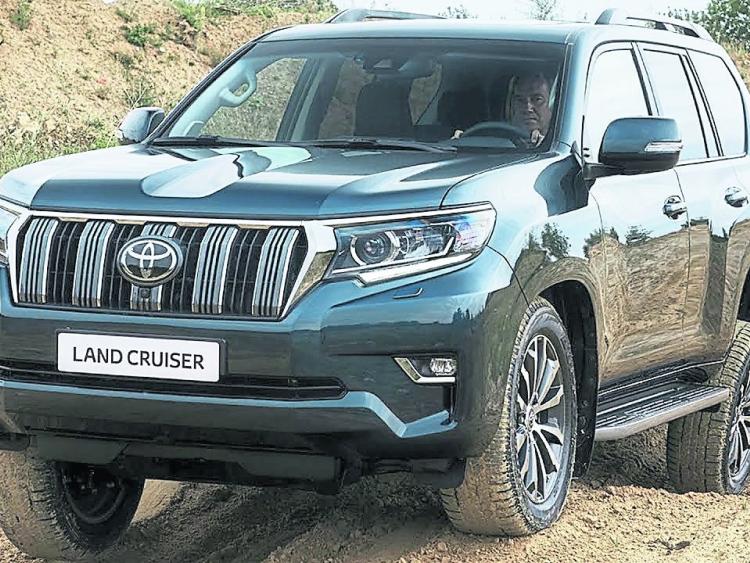 Toyota Ireland is delighted to announce that the Land Cruiser has been selected as the vehicle of choice for the Irish Defence Forces for the next four years, writes Breda Corrigan.

The Defence Forces have confirmed an order for 280 new Toyota Land Cruisers, with first vehicles arriving in late 2019. The Toyota Land Cruiser, which is synonymous with toughness and the ability to perform in some of the world's harshest conditions, has proven its capabilities over the decades with organisations such as the UN, the Red Cross and Médecins Sans Frontieres.

The Land Cruiser was chosen for its quality, durability and proven reliability as well as its comprehensive customer support network both in Ireland and worldwide.

The Land Cruisers will be enabled to operate sophisticated on-board IT and communications equipment commensurate with the requirements of a modern defence force.

All Land Cruisers are also fully compliant with Euro 6 emissions guidelines which will contribute to lower fuel costs and reduced CO2 emissions.

Commenting, Steve Tormey, CEO, Toyota Ireland said: “Toyota Ireland is delighted to be chosen as the 4x4 supplier to the Irish Defence Forces for the coming 4 years.

“The Toyota Land Cruiser has proven itself to be an incredibly tough and reliable vehicle since its introduction into Ireland in 1973. It’s off-road ability and durability is legendary.

As a 100% Irish owned company, Toyota Ireland welcome with great pride this opportunity to work with and support the Irish Defence Forces”.