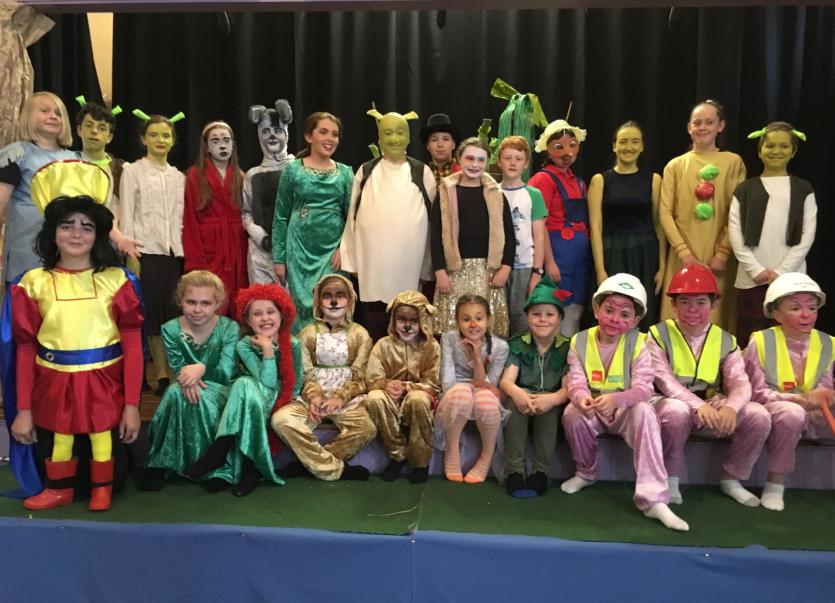 Pitch & Pulse Musical Youth Theatre group were in fine voice on Saturday as the Summer camp performed the children's musical, Shrek! They spent an intensive week learning lines and songs, making costumes and props, rehearsing and staging a production of the Shrek Musical in a week, in the Bridgeway's Centre, Ballymahon.

With all the well known Shrek characters including Donkey, Fiona, Lord Farquaad, the Fairy-tale characters and of course the Dragon! Many of the children have appeared in the Pitch & Pulse's musicals over the past couple of years, including, Peter Pan earlier this year and the amazing performance of Bugsy Malone last summer.

"It's great to see the children spend the week together and coming together as a team, their enthusiasm and eagerness to be involved in all aspects of the production is so rewarding," said Kelly Callan, KCCreations, who created the cast's amazing costumes and had a gang gathered around the sewing machine most days.

"Having the children all working towards a common goal really develops a great sense of inclusion. We had members from aged 8 to 15 now all friends and all with the same sense of achievement - they are a fabulous gang," said Joanna Pearman of Pitch & Pulse.

The children are all looking forward to treading the boards again for the Christmas nativity. It was a great to see this fun, family show, with an hilarious script and is a great opportunity to experience a children's musical locally.