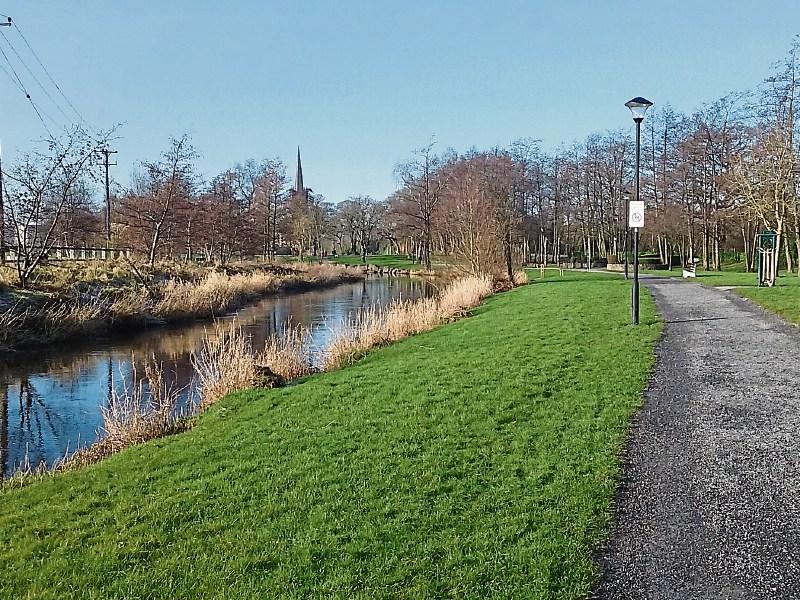 Fine Gael's Cllr John Browne has called on Longford County Council to replace the pebble surface on the walkway around the Mall with a more suitable one.

“Older people, wheelchair users and persons pushing prams find it difficult to use,” he said in his notice of motion at last week's Longford MD meeting.

“It's a simple as that. It's difficult to push a wheelchair if the surface is movable all the time. It’s just not suitable. What you need there is a smooth surface,” he added.

Cllr Gerry Warnock (Ind) immediately seconded the motion, stating that the issue has come up time and time again on doorsteps.

“It’s for inclusivity for people in wheelchairs in what we can all agree has been called the jewel of the crown of Longford, many times,” he said.

Cllr Butler concurred and said that he recently had occasion to be pushing his granddaughter around the walkway in a buggy: “I never realised how difficult it actually is,” he said.

But it's not just prams and wheelchairs that are having difficulty, according to Cllr Peggy Nolan who has long praised the local amenity.

“It’s badly needed because it’s very, very difficult for people that have any disability or who are in any way infirm to use it.”

It was agreed at the meeting that a tarmacadam surface would be put down, though area engineer Brian Faughnan stressed that this may have to be done on a phase basis.

Councillors expressed their approval, agreeing that a smoother surface would further enhance the local amenity, making it more accessible to all.