More than just livestock at this weekend's Arva show 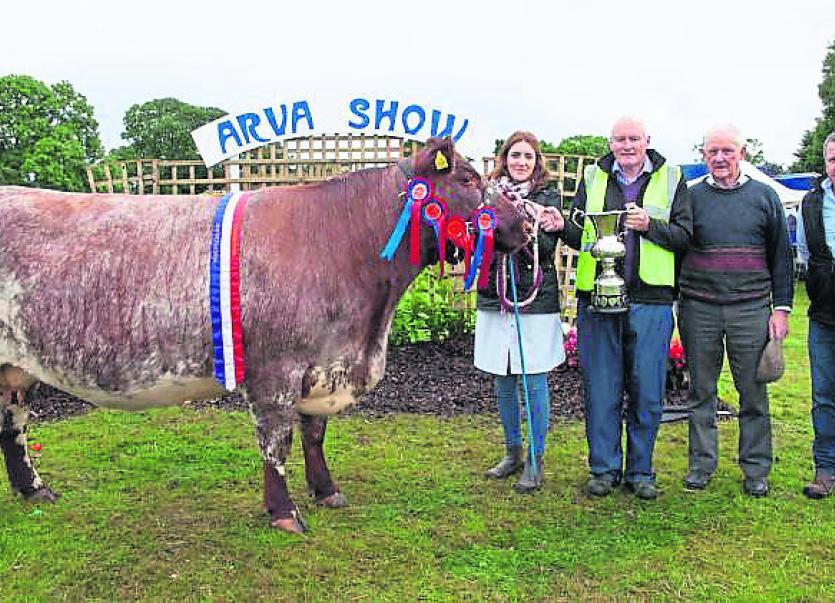 There were winners galore at last year's Arva Agricultural Show, a trend which looks set to continue this weekend.

Although many assume an agricultural show is focused solely on livestock and all things farming, it offers much, much more.

Such is the case at this year’s Arva Agricultural Show, which kicks off bright and early on Sunday, July 28, and is an occasion for all of the family.

“There will be a free kids area as well, with bouncy castles, facepainting and more.”

One attraction which garnered plenty of attention at the show last year was Dodderside Sheepdogs, where farmer Donie herds some geese with his sheepdog companions. Donie is set to return to the showgrounds in Arva yet again and that is not all either.

Brían remarked, “Donie drew a great crowd last year. It was very entertaining, so we have Donie back again this year.

“We also have, Birds of Prey from Navan there.”

As well as trade stands and food stalls galore, people can also enjoy some free live music on the day.

“We will have a live entertainment area as well on the day,” Brían said to the Leader.

“We have David Kiernan confirmed to play for a while on the showgrounds, with a host of other local acts, singers, dancers and performers.

“That should keep everyone happy.”

The dancing will start on the showground, but will finish in the Breffni Arms later that night when Patrick Feeney takes to the stage from 11pm for the Arva show dance.

At the show on the day, the ever-popular dog show will also make it’s return, with entries taken from 12pm and the competition starting from 1pm.

Featuring sixteen classes in total, including The Gain Dog Food All Ireland Championship and The All-Ireland Gun Dog Championship, competition is expected to be fierce.

Brían noted: “We also have the dog show as well, which is a great pull and great entertainment.

“There is always a huge crowd around it. It’s very popular.

“We also have the bonny baby competition again, which we run every year.”

If that is not enough to keep you entertained, there is much more to feast your eyes and ears upon, such as an array of vintage machinery.

Ahead of the show, Brían wished to thank everybody on the committee, sponsors and the local community for their continued support over the years, including their many younger members.

“Without them, we wouldn’t be fit to run any show at all,” he concluded.