RTÉ Radio 1 will be in Clondra on Wednesday, July 10 to uncover Ireland’s Hidden Heartlands 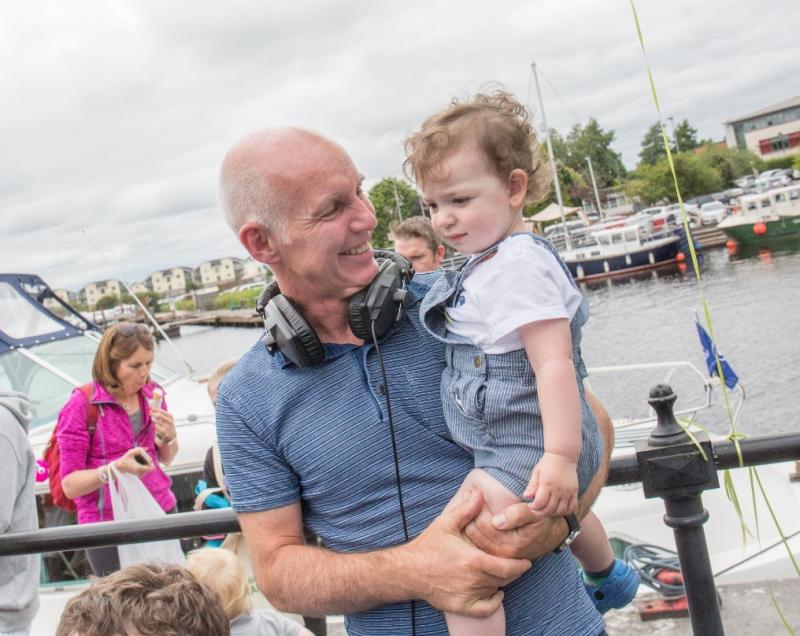 RTÉ Radio 1 will be in Clondra on Wednesday, July 10 to uncover Ireland’s Hidden Heartlands

The Ray D’arcy Show will broadcast live from Richmond Harbour, Clondra  in Longford on Wednesday, July 10.

The show on RTÉ Radio 1 will broadcast throughout Ireland’s Hidden Heartlands for a full week from Monday, July 8 until Friday, July 12 as part of Fáilte Ireland’s‘Yours to Uncover’ marketing campaign for the region.

The RTÉ Radio 1 team have a busy schedule as the popular host broadcasts live from the following locations:

Fáilte Ireland is encouraging everyone to come out and attend the broadcasts.

Ray will be interviewing some local tourism businesses from the surrounding area and discussing some of the many activities and experiences available to anyone visiting Ireland’s Hidden Heartlands as well as trying some activities himself including water-skiing on Lough Derg; a tour of Ardnacusha Power Station; SUP Safari; a visit to Center Parcs Longford Forest; Leitrim cycling tour and canoeing on Lough Oughter with Cavan Adventure Centre.

Speaking to Fáilte Ireland, Ray D’Arcy said: "I'm really looking forward to exploring Ireland's Hidden Heartlands with Fáilte Ireland next week! The Ray D'Arcy Show is taking to the Shannon for the week as we travel by boat from Dromineer to Portumna and Athlone. The team and I are hopeful of the good weather as we plan to get involved in some of the great activities the Hidden Heartlands has to offer along the way."

Through the campaign, audiences across the Island of Ireland will see some of the unique experiences, natural beauty and treasures Ireland’s Hidden Heartlands has to offer.  Locations featured include the Shannon and its Lakes; the Beara Breifne Way; Lough Oughter; Lough Key; as well as the many woodlands and bogs throughout the region. Last year's successful campaign resulted in 54% of all adults being aware of Ireland's Hidden Heartlands brand.