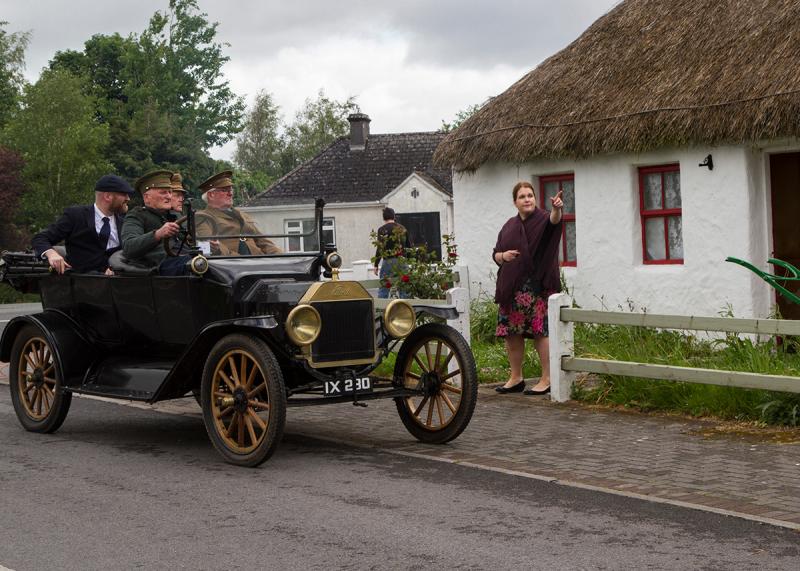 A scene from Michael Collins, which will be premiered on Saturday

Over a hundred and twenty actors from the Shannonside parishes of Rathcline and Cashel are teaming up with their neighbours from Ballyleague, Cloontuskert and Roscommon town next weekend to search for Oskar awards on the silver screen and try and raise over €30,000 for a new community astro pitch.

All of the actors are supporting Ballyboro football club and have already starred in eight short films recorded for a Premiere night in the Longford Arms Hotel on Saturday night June 15 at 7pm. Tickets for the show cost €25 and are available from Joe O’Briens Corner shop in Lanesboro.

A free bus will be ferrying the locals into Longford on Saturday night to see some five star performances in movies such as Michael Collins, The Snapper and The Field.

Pictured above: Which way is Beal na Bláth? The cast of the film Michael Collins pictured by Photographer Joe McGrath ‘on location’ with their driver Eamon Creamer outside the old Sliabh Bawn hotel in Ballyleague . Photo shows Eamon and Michael Connaughton in the front seat of Collins original ‘taxi’ that brought him from Ballywillan railway station to the Greville Arms in Granard. In the back seat is Ivan Ruske who played the part of Joe in the movie with Fergal McElgunn - who played the role of Collins (partially hidden) and the actor on the right giving the directions is Eilish Ruske PICTURE: JOE MCGRATH 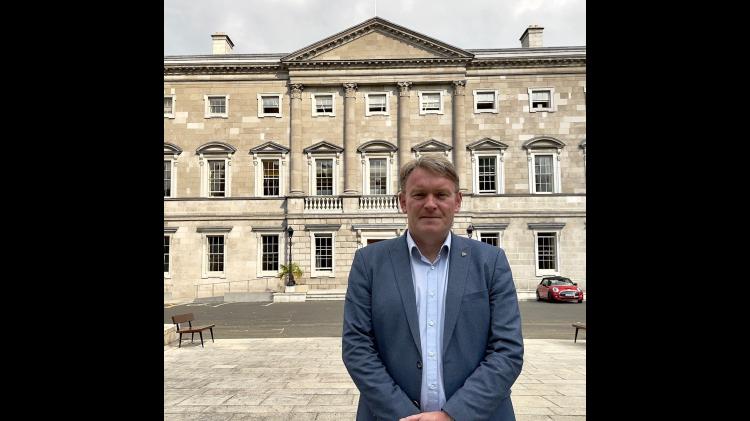