Could former Rose become a thorn in Fianna Fáil's side? 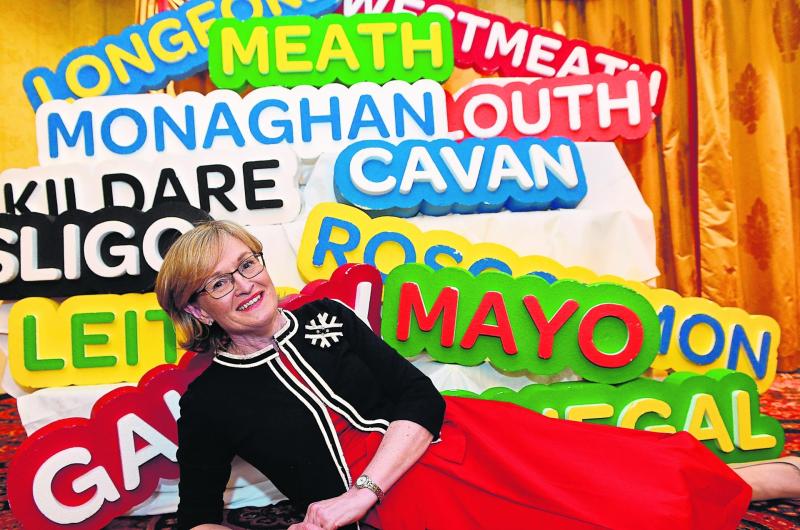 Fine Gael MEP Mairead McGuinness is expected to top the poll in Friday's election. But can her party make it a double triumph and also secure election for Maria Walsh? Time will tell

Covering thirteen counties and with a population of 1,523,517, the Midlands North West constituency is vast.

The constituency, which has a strong tradition of supporting Independent candidates, takes in Cavan, Monaghan and Donegal in Ulster; all five counties of Connacht (Sligo, Leitrim, Roscommon, Galway and Mayo); and five counties in Leinster - Kildare, Longford, Louth, Meath and Westmeath.

First vice-president of the European Parliament, Ms McGuinness polled at 27%, with Carthy and Flanagan coming in at 14% and 12%, respectively. Three other candidates would also appear to be firmly in the shake-up to capture a seat - Independent Peter Casey who was on 10%, Fine Gael’s Maria Walsh, also 10%, and Fianna Fáil’s Brendan Smith on 9%.

FF’s second candidate in the field, Anne Rabbitte, was seventh highest in the poll with 6%, leading one to believe that with astute vote management FF could reclaim the seat it lost in 2014.

Votes didn’t transfer between FF’s two candidates five years ago - Pat 'the Cope' Gallagher and Thomas Byrne - so they’ll be hoping history doesn’t repeat itself. In an effort to avoid this, FF headquarters issued a directive to its candidates - Cavan/Monaghan TD Smith & Galway East TD Rabbitte - to split the constituency for canvassing purposes.

Education Minister Joe McHugh is FG’s Director of European Elections for the Midlands North West constituency and he is urging Longford voters to vote number one Maria Walsh and number two, Mairead McGuinness.

In the Red C poll, ‘Ming’ was down seven points on that showing and although he may not top the poll on Friday, the Roscommon man should have sufficient support to get him over the line.

Businesswoman and former Rose of Tralee winner, Walsh is contesting her first election, and her campaign is gathering steady momentum.

An Taoiseach Leo Varadkar has also added significant clout and profile to Ms Walsh’s election bid by joining her on the canvass trail and FG insiders are quietly confident that they can pull off a remarkable double success.

Five years ago, Sinn Féin’s Matt Carthy garnered 114,727 first preferences and it would be a surprise if he failed to retain his seat.

An intriguing aspect of the Midlands North West constituency race is the presence of Independent Peter Casey, who was runner-up in the Presidential election to Michael D Higgins and the former Dragons’ Den businessman actually polled stronger in Longford than Michael D.

Mr Casey is renowned for shooting from the hip and it will be interesting to see if his sound bytes resonate with voters as strongly as they did in the build up to last October’s presidential election.

Votes will be counted in Castlebar and keep an eye on longfordleader.ie for Elections 2019 updates.