Longford Leader columnist Mattie Fox: Eugene McGee was ahead of his time and a man of great kindness 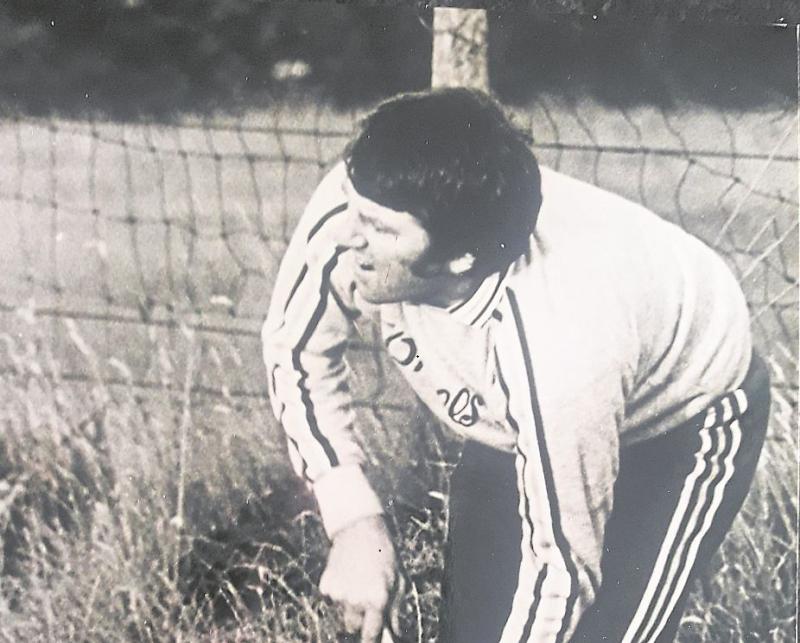 I was shocked to hear the news of Eugene McGee’s passing, on Sunday week. One of the most decent, honest, generous and genuine people that anyone could meet. A man of great kindness.

Regrettably, I’m on holidays as I write this, so I was unable to attend the services following his death.

Like most, I could scarcely believe it had happened so suddenly. Nobody is left untouched by such sudden news.
Personally I was deeply shocked.

I couldn’t say anything that made sense, I really couldn’t because I knew Eugene in latter years and we became very good friends.

But, like all things concerning Eugene none were for sharing.

My redemption came in the form of two of the most prolific footballers ever to wear Gaelic jerseys, two of the greatest players that I, personally, ever watched.

It is strange how something can happen that rescues one from trying to write something that cannot be represented openly by personal experiences.

First, I happened to speak with Paul Barden by phone on Tuesday, and we immediately talked about the man who’d left such a legacy upon his passing.

Paul remembered when he was on the county minor team, in the mid 90’s, and Eugene was in charge.

“That year he brought us to a training camp before the championship started,” Paul related.

They spent the weekend in Dublin, and trained in UCD.

A concept way ahead of its time, at that time, for minors.

Paul also recalled that in the run up to their championship game with Westmeath, he had injured his shoulder.

Eugene took time off from work, to collect him from school to bring him to the physio, and Paul says, “I don’t believe too many managers would take time out of their working day to do that now!”

We also talked of other private things but Paul concluded, “A proud Longford man that will be sadly missed, may he Rest In Peace.”

Then, and most unexpectedly, on the morning of the funeral I got a text from Robbie O’Malley - the Meath corner back of the early 90s, and the other greatest player I ever watched - enquiring if I was around. I responded that I’d left for holidays the weekend of Eugene’s death.

Robbie was in Longford, having a coffee, and because he was on the Ireland team in Australia and Eugene gave him the role of captain, Bob felt he must attend the funeral.

Now Robbie O’Malley is not the easiest person to interview, although I have some advantage in being a friend, yet he too readily volunteered some nuggets about his one time manager.

I should explain that it was clear to me from conversations, that Eugene also, had immense respect for Robbie O’Malley, so it was no surprise to me that when the Ireland team for Australia in 1990 was announced, that R O’Malley was named as the captain.

Robbie’s initial statement was that McGee showed him ‘great respect’ which I can understand, since Eugene, like many of us, considered him the best corner back he’d ever seen play.

Robbie himself says, “my sense was that he gave all he happened upon a respect, but there was, maybe, an implicit - at least - expectation that you might ‘reciprocate’ as he was giving you your chance, so.... it was up to you now.”

Bob, who has great passion for poetry, cites the opening lines of one of Seamus Heaney’s poems - an elegy for Lowell - as being salient by quoting ‘The way we are living, Timorous or bold, Will have been our life’.

O’Malley notes, “Eugene was bold, in most of his ventures in life, in the very best sense of the term, and we all benefited.”

Interestingly, Robbie also quoted from Padraic Colum’s poem The Portrait the words “but what avail my teaching slight”.....after which he mischievously adds “maybe not that slight at all Eugene, maybe not.”

These two testimonials, from two separate people who met the man at different times in their lives speak volumes without window dressing or palaver.

Both did it without hesitation in the case of Eugene McGee.

I can but say no more.