Wake in the West attracts playwright to Killoe show 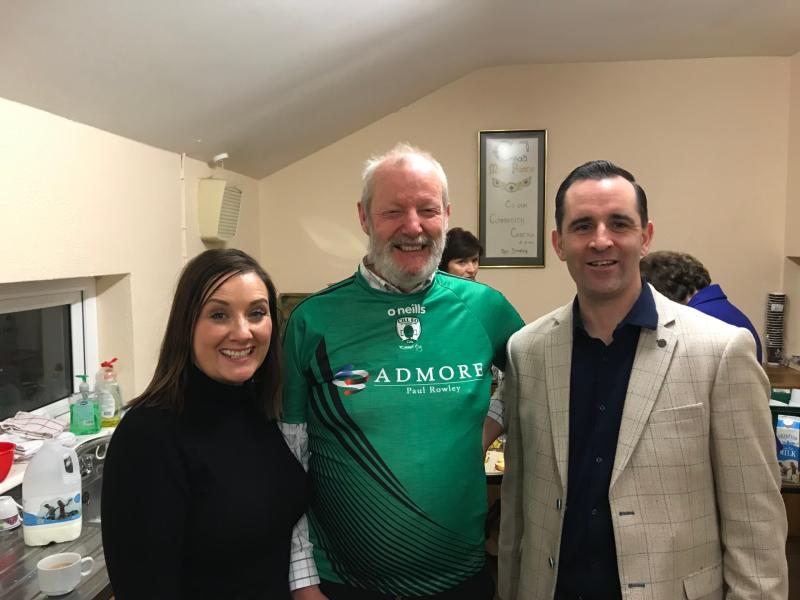 Killoe Yew Tree Players have been doing extremely well for themselves of late. Their most recent production, Wake in the West, completely sold out on all three nights last month, prompting the group to bring it back for one night only due to popular demand.

Chairperson of the Killow Yew Tree Players Micheál Dunne welcomed Mr Ginnelly and said how truly honoured the group was to have him join them on the night.

A Mayo man, from Mulranny, Mr Ginnelly travelled the two and a half hour journey to see the Killoe group take to the stage with his hit play, which was expertly directed by Micky Kenny.

After the performance Michael J Ginnelly was invited backstage to meet the director, the cast and crew.

He told the story of how the play was written 20 years ago and he did nothing with it at the time.

“It was never published; the local group in Mulranny staged it but it was thrown back in a drawer at home,” he explained.

It was when the Westport Drama Group asked to use it that the success of this play began and it has since been performed by theatre groups all over the country - and even as far afield as America and Australia.

Speaking of the performance by the Killoe group, Michael J Ginnelly was full of praise, remarking: “I couldn’t find a weakness in any of you.”

He congratulated Mickey and the cast, saying he knew in the first five minutes it was going to be good .

“Delivery was perfect; you can tell you are seasoned actors and actresses,” he said.

Having a playwright come to see a local group perform his play is certainly something very special.

After his visit to Killoe Michael returned to Co Mayo wearing his new Killoe Jersey gifted to him by the group.

Read also: Hit play Wake in the West back in Longford by popular demand