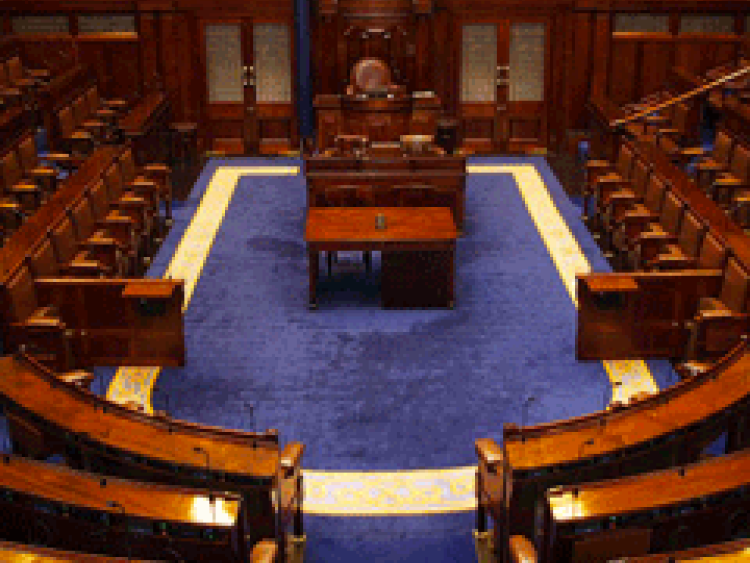 On behalf of the Minister for Justice and Equality, I am pleased to have the opportunity to introduce the Land and Conveyancing Law Reform (Amendment) Bill 2019 in this House.  I have worked closely with the Minister for Justice and Equality to bring this Bill before the Oireachtas and I look forward to our discussion of its provisions here today.

The principal objective of this Bill is to provide further protections for homeowners in mortgage arrears who are facing the prospect of repossession proceedings. It does so by broadening the range of matters that a court must take into account when deciding whether to grant a possession order to a lending institution in respect of a borrower’s principal private residence. For this purpose, the Bill proposes to insert a new section in the Land and Conveyancing Law Reform Act 2013.

This Bill, which has its genesis in a Private Members’ Bill I initiated prior to my appointment as Minister of State, will, I believe, prove to be an important addition to the suite of Government measures to protect those who find themselves in mortgage arrears and are facing the prospect of court proceedings for repossession of their homes.

I am sure that everyone in this House will agree with me that repossession of a borrower’s principal private residence should be a last resort when all other possible remedies have failed.  This Government remains committed to helping borrowers in mortgage arrears to remain in their homes wherever possible.

Moving to the main provisions of this Bill, I want to reiterate that the Government’s objective is to broaden the range of matters that a court must take into account when deciding whether to grant a possession order to a lending institution in respect of a borrower’s principal private residence. The court may also take this broader range of matters into account where, for whatever reason, efforts to secure a personal insolvency arrangement (PIA) have failed or where despite the borrower’s participation in a scheme designed to enable borrowers with mortgage arrears to remain in their home, the court repossession proceedings have continued.

As required by Articles 127(4) and 282(5) of the Treaty on the Functioning of the European Union, the European Central Bank has been consulted on the Bill’s proposals. The ECB has published its Opinion of 18 February on its web site.

Section 1 contains a definition of the “Act of 2013”, which is required for technical reasons, while section 2 makes a number of technical, consequential amendments to section 2 of that Act.

Section 3 is the key section of the Bill and it inserts a new section 2A, containing nine subsections, into the Act of 2013.
Subsection (1) defines the scope of this new section. The Bill’s provisions will apply not only to those cases in which the court has previously adjourned proceedings under section 2 of the 2013 Act in respect of the borrower’s principal private residence, but also in cases where, prior to or following commencement of the proceedings—

the borrower has already engaged the services of a personal insolvency practitioner to assist in the resolution of his or her mortgage arrears, or

the borrower has participated in good faith in a scheme designed to enable indebted borrowers to remain in their homes.

This means that section 2A will apply in the following cases:

proceedings where the court had already adjourned the proceedings of its own motion under section 2(2)(a) of the 2013 Act but notwithstanding such adjournment there is no resulting PIA;

proceedings where the court refused to adjourn proceedings in response to a request of one of the parties under section 2(2)(b) of the 2013 Act, or did adjourn them and notwithstanding such adjournment, there is no resulting PIA;

proceedings which have not been adjourned under section 2 of the 2013 Act but the borrower has, prior to the court hearing—

(i) participated in good faith in a scheme to assist borrowers in mortgage distress to remain in their homes, or

(ii) engaged the services of a PIP to assist him or her to resolve his or her mortgage arrears difficulties and despite such engagement, there is no resulting PIA.
Subsection (2) provides that when considering whether to make, or refuse to make, an order for possession in repossession proceedings in respect of a borrower’s principal private residence, a court must take account of the matters referred to in subsection (3). The court may also do so when considering whether to grant any other order it considers appropriate in the circumstances of the case, e.g. an adjournment, or further adjournment, of the proceedings.

Subparagraph (a) provides that the court must consider whether the making of the possession order would be proportionate in all the circumstances of the case.  In providing for this matter, the legislation recognises the essential role of the court in balancing the interests of both the borrower and the lender when considering whether to make or refuse to make an order for possession.

Subparagraph (b) provides that the court must always take into account the circumstances of the borrower and any dependents.

Subparagraph (c) provides that the court must take into account whether the lending institution has made a statement to the borrower of the terms on which it would be prepared to settle the arrears problem in such a way that the borrower and his or her dependents could remain in their home.

Subparagraph (d) makes it clear that the court must consider the details of any proposal put forward by or on behalf of the borrower, whether prior to or following commencement of the proceedings, which would enable him or her, and any dependents, to remain in their home or, alternatively, to secure other accommodation.

Subparagraph (e) provides that the court must take into account the response, if any, of the lender to the borrower’s proposal to remain in their home. This will place an onus on lenders to engage in a constructive manner with any proposals made by the borrower.

Finally, subparagraph (f) relates to the conduct of the parties in any attempt to find a resolution to the borrower’s mortgage arrears difficulties. The provision makes it clear that the court must take account of a lending institution’s refusal or reluctance to engage in attempts to find a resolution of the mortgage arrears problem, and also of any borrower’s refusal to engage in a meaningful and constructive manner with the lending institution in order to find such a resolution.

Subsection (4) specifies certain additional information that the court may take into account when considering whether the making of an order for possession would be proportionate in all the circumstances of the case.  These include:

the overall amount of debt outstanding on the mortgage concerned;

the level of arrears due on foot of the mortgage concerned;

the advised market value of the principal private residence at the date on which the legal proceedings commenced.

I should add that the Minister has provided a definition of “advised market value” (AMV) in subsection (9).  This definition – based on the corresponding definition in section 2 of the Property Services (Regulation) Act 2011 – will ensure that the market value of the property is valued in a professional, objective manner. This AMV must be provided by the holder of a current licence issued by the Property Services Regulatory Authority under that Act.

Subsection (5) has a technical purpose; it clarifies that the fact that there is no PIA in a case may arise because a proposal for a PIA has not been made, or such a proposal has been made but the procedure has ended without a successful outcome.

where a personal insolvency practitioner has prepared a proposal for a PIA and the debtor has consented to that proposal and the calling of a creditors’ meeting, but that meeting does not take place before the expiry of the protective certificate as set out in section 106(3) of the 2012 Act;

where, under section 108(8)(b), at the taking of a vote at a creditors’ meeting in relation to a PIA proposal, the proposal is not approved by a majority of creditors in accordance with section 110 or deemed to be approved, and the PIA procedure has terminated;

where the court upholds an objection to the PIA under section 120 and the procedure is deemed to come to an end in accordance with section 114(3);

where the debtor is in arrears with his or her payments for a period of 6 months of the PIA and it is deemed to have failed under section 123.

Subsection (7) permits the Minister for Justice and Equality to designate a scheme for the purposes of subsection (1)(c)(i) and subsection (3)(d)(i). Any such scheme would have to comply with the following conditions:

the objective of the designated scheme must be to provide those borrowers with mortgage arrears difficulties in respect of their homes with assistance that is reasonably likely to enable them to address these difficulties and facilitate, as far as possible, their remaining in their homes, and

secondly, it is reasonably likely that such assistance will in fact be provided under the scheme.

Subsection (8) provides that an advised market value must be set out in a statement provided by a licensee under the Property Services (Regulation) Act 2011.

Subsection (9) is a standard provision containing a number of relevant definitions for the purposes of this new section.

Before concluding, on behalf of the Minister for Justice and Equality, I want to underline again the importance of this short Bill. When enacted, it will provide important additional protections for borrowers by broadening the range of matters that a court must take into account when deciding whether to grant a possession order to a lender in respect of a borrower’s home. This Government’s position has been – and it remains the case – that repossession of a borrower’s principal private residence must always be a remedy of last resort.

I commend the Bill to the House.