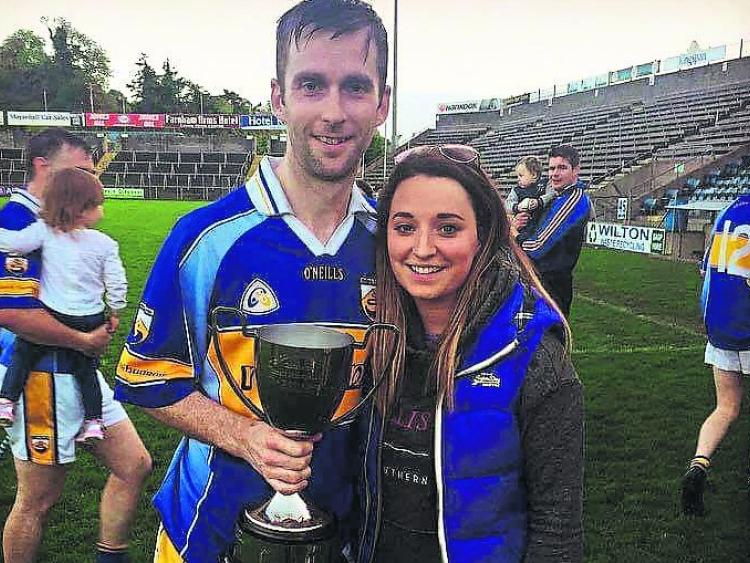 There was shock in the area over the Christmas holidays, with news of the sudden passing of 34-year-old Dónal Kelly, of Kelly's Bar, Main Street, Killeshandra, County Cavan, on Saturday, December 29.

Dónal had been a member of the local Mullahoran St Joseph's Hurling team for the last number of years.

A publican by trade in his local Killeshandra, where he owned and ran Kelly's pub, Dónal was a very popular figure in his hometown and the wider area, where he was also known as a sportsman, a volunteer fireman, and also excelled in rock and traditional music.

Dónal was well known by many of the hurling fraternity in the Mullahoran parish through the underage hurling system, and many times he played on the opposition where he was always a tough competitor.

Through the underage Cavan teams, he became more familiar to many of our lads, many of whom were glad he was on their side at last! Come the time when he was of Senior age, and with no team in his locality, he approached St Joseph’s to continue his love of playing hurling and here he was welcomed into the fold with open arms.

No questions were ever made of his loyalty, as when he donned on the famed blue and yellow, he gave as much, if not more, as the rest of the team, leaving blood sweat and tears on the field.

He definitely fit in with the lads as his selfless play, and his skill at man making meant he was a vital man to do whatever job he was given on the field. With Dónal’s help, the club won numerous championships over the past years and he was a valued member of the club and team.

His loss to his family and friends will be harshly felt. His memory will definitely live on whenever the Mullahoran hurlers pull on the jersey and take to the field.

Dónal's high standing in the community was reflected by the huge turnout at his funeral on Wednesday morning, January 2 in St Brigid's Church, Killeshandra, with guards of honour formed by Mullahoran St Joseph's Team, the Cavan Senior Hurling Team and the Fire Service, where he was given a fitting goodbye for a packed life which ended far too soon.