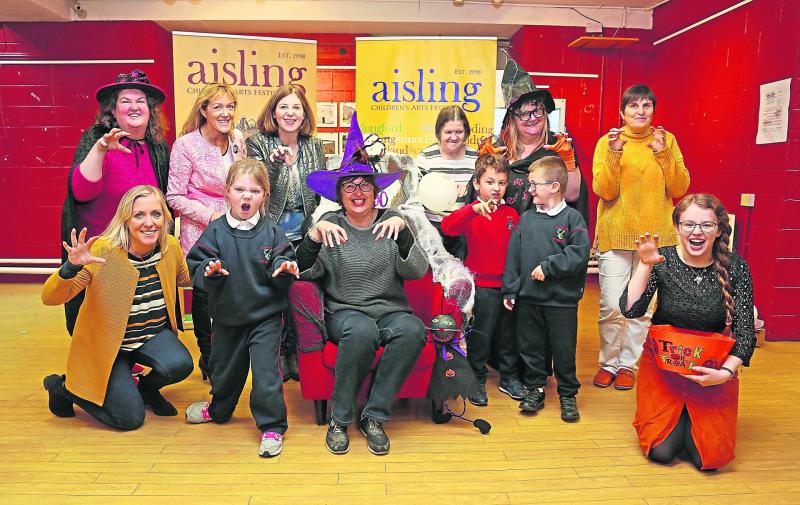 Longford Writers Group in conjunction with Aisling Children’s Arts Festival recently held a competition for adult writers to write a story for children.

This was funded by Creative Ireland and the Aisling Festival committee. The entries were judged by children’s author Patricia Forde, who chose her top five stories.

In first place was Ciaran McCabe from Drogheda Co Louth with ‘An Apple A Day.’

Third prize went to Ann Gerety Smith from Ardagh, Co Longford with ‘Before The Monsters Came’.

Ciaran McCabe's story was about a little boy called Conor who swallows an apple core against his mother’s advice.

Conor goes outside with his dog Tag. He walks around the park rubbing his belly. His belly begins to grumble.

Later when he is at home he has to rush up to the bathroom. He leans over the toilet and opens his mouth wide. A little twig shoots out from his mouth with a leaf attached to it.

Conor lies down on his bed. Suddenly, a branch appears from his t-shirt and grows into a tree with apples hanging from it.

He calls for his mother. The story finishes with the family sat out in the sun. Conor’s parents are sitting under the shade of an apple tree growing from Conor’s belly-button.

Tag the dog lifts his leg. Conor shouts at him and Tag runs for the hedge. The children really enjoyed the humour of this story.