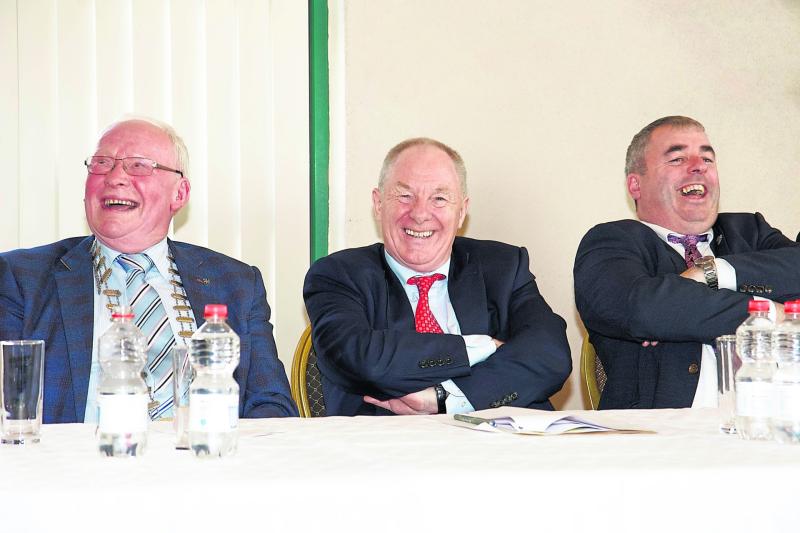 Edgewortstown's long wait for a new library is set to end after the Government last week gave the green light to a €2.4m development in the mid Longford town.

Minister for Rural Affairs Michael Ring travelled to the county last Thursday to announce the final €1.15m allocation for the project at Edgeworthstown's Community Centre.

It brings to €2.4m the total amount ring-fenced by the Mayo TD's department for a development that is expected to get underway early in the new year.

Mr Ring said the delivery of the seven figure sum represented a "good news story" for a town he believed was "starting to take off".

In referencing the pair's time together on Mayo County Council, Mr Ring said: "The day that Paddy Mahon came to Longford you took a very good man out of Mayo.

"Not only can he manage Mayo and Longford but we are thinking of bringing him back to manage the county team."

There were light hearted comments likewise thrown in the direction of Mr Ring's ministerial colleague, OPW Minister Kevin 'Boxer' Moran when he told the Independent Alliance TD: "We will be coming back I hope in the next two years (to open the library).

Longford County Council Cathaoirleach Cllr Luie McEntire praised what he termed the “can do attitude” of all those stakeholders who had brought the venture to tender stage.

They were virtues Ballymahon Municipal District Cathaoirleach Cllr Paul Ross attested to as he heralded the role played by locals in bringing today's announcement.

"The site of this library is an extraordinary commitment by the people of Edgeworthstown to give this site free of charge for the constriction of a project that will change this town forever," he said.

Like Mr Ring before him, Cllr Ross also tried to poke fun at the onlooking OPW Minister as he told of how he had secured the unanimous backing at yesterday's Longford County Council meeting for a new garda station in Edgeworthstown.

"It would be remiss of me to mention it to the two ministers to bring it back to cabinet and I can assure you we will invite you both back when you announce the funding for that as well," he joked.

With his arms folded and offering up a wry grin from the top table, Mr Moran quipped in response: "I’d better get onto (Cllr) Gerry (Warnock) so."

County Council Chief Executive, Paddy Mahon was more deliberate in his address, however, as he told of how the announcement had finally brought the curtain down on one of Co Longford's most eagerly sought after public developments.