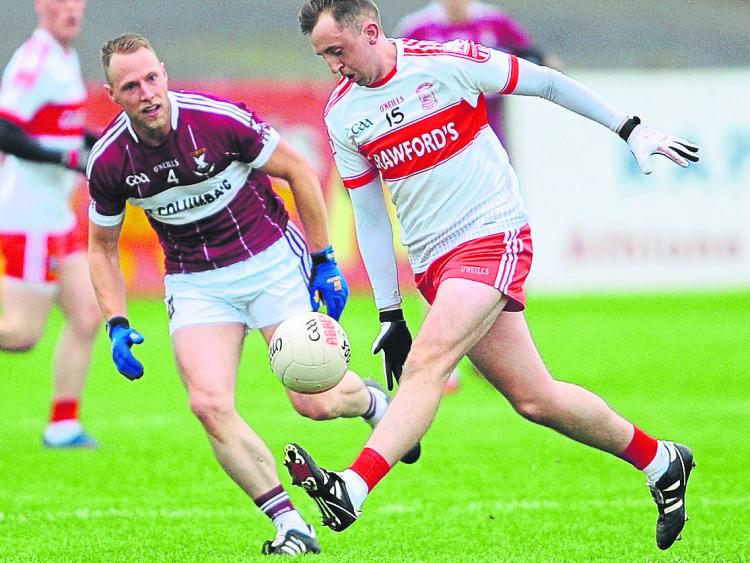 The county final itself, was living up to the standards presented in the stand, in that it was an extremely nasty affair.

The ref didn’t do a bad job at all, under the circumstances.

He hasn’t eyes in the back of his head.

Several times, first on seven minutes into the game, Jayson Matthews was laid out. It happened again, shortly afterwards.

The third time it happened he limped afterwards for maybe five minutes. Of course the umpires didn’t see a thing!

Incredible that, how umpires less than 20 yards from where the offence took place, didn’t see anything.

It was entirely obvious that one team in particular wanted to soften up the forwards of the other. Rian Brady was given special attention too.

Several incidents occurred, but nothing much happened, except finally the linesman who was on our side in the first half, spotted something which I didn’t see, and a player was given his marching orders.

The game was nearly over then.

Mind you, James McGivney’s black card was hard to comprehend given some of the tackles that escaped caution.

I was sitting quite close to the tackle, and couldn’t for the life of me see why it was a black card.

On such moments are games changed.

Next Sunday we’ll see another bout, let’s hope it proves less unsavoury than the final, which had little to do with real football; in fact was a pale shadow of real manly football.