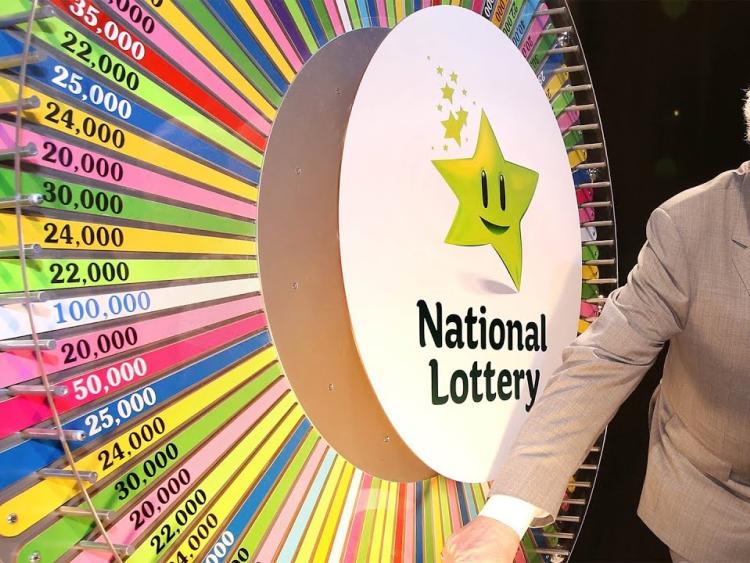 Kay McNamara will be spinning the wheel on Saturday

A retired Longford postmistress will be hoping to spin the wheel this week as she takes to the RTE stage to take part in the National Lottery TV gameshow, Winning Streak.

Kay McNamara from Granard, Co. Longford is a well-known woman in the town of Granard in Co. Longford as she spend 25 years as the town’s post mistress. She retired from the role in 1996, which she signed over to her son, Padraig McNamara and he has been Granard’s post master since. She has been delighted with the support her friends and neighbours in the town have shown her since last weekend.

She was watching the show when her name was pulled out and couldn’t believe it. Even though she has never been on the show before, Kay has been in the audience three times having sold lucky three-star scratch cards to her customers during her time as post-mistress and got an invitation to the show. This time she is ready to be on the other side of the camera and win some cash!

Kay has been married to Paddy for the past 55 years and the couple have six adult children together – all boys, who are: Adrian, Finbarr, Padraig, Derek, Ronan and Fergal. Between all the lads, Kay has 19 grandchildren so she says she could have almost filled the Winning Streak audience with her own family!

The enhanced National Lottery game show, co-presented by Ireland’s ‘Greatest Show Duo’ Marty Whelan and Sinead Kennedy, will feature some perennial favorite games as well but also brand new games including Play or Pay, Roll for Riches, WinFall and Electric Dream – where one player will win an electric car worth €25,000.

As ever one of the lucky five players will get the chance to spin the wheel and win up to €500,000.  But this series a €100,000 segment will be added to the iconic Grand Prize Wheel every show if less than that was won in the previous show, improving players chances to win a massive prize. Winning Streak will air on RTÉ One at 8:15pm on Saturday 22nd September.

A brand new-look Winning Streak scratch card is available in the 5,900 National Lottery retailers all over the country, where as well as the chance to appear on the Winning Streak TV game show if you  get three stars, players will also be in with a chance to win some great cash prizes up to €5,000.

The odds for those who purchase a Winning Streak to win is 1 in 1.76 to win a cash or three star prize.  Players can also send their scratch card stubs into the National Lottery where each week, on the show, a player will be drawn as the winner of a Luxury Cruise for two valued at €5,000.

The popular gameshow first appeared on our screens in September 1990 and since then a massive 5,975 people have taken part, winning in excess of €170 million in prizes. Almost €5 million was won last season. Winning Streak is the second longest running game show in Europe.

The other Winning Streak players next Saturday (29th September) are: