Raising funds and leading the way 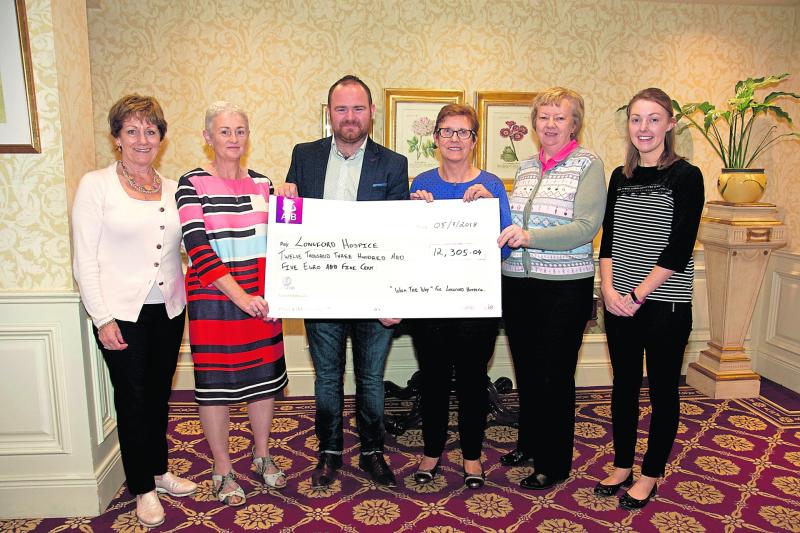 Newtowncashel native Conan Casey raised €12,000 for Longford Hospice this summer after embarking on the journey of a lifetime by walking the French Way of the Camino in France. The initiative came to fruition when Conan’s dad Gerry died in January 2017 after being diagnosed with cancer in 2010.

Conan says the support his dad, mam Marina and family received from Longford Hospice throughout his father’s illness was exceptional and the family wanted to find a way of acknowledging and rewarding that support.

It was then that the Camino became the way, so to speak and Conan and his girlfriend Gillian set out earlier this summer to embark on their journey.

“It was a fantastic experience; we got fantastic support and a great send-off before we went and that support continued through our 33 days of walking,” he smiled, before pointing to the experiences along the way.

“We met so many great people, heard some great and sad stories about people’s experiences and why they were there, and we had a lot of fun too.”

Meanwhile, the first stage of the Camino Francés, the French Way, starts in the pretty walled town of St Jean Pied de Port in the French Basque Country and takes pilgrims across the Pyrenees, into the city of Pamplona and finally to the picturesque medieval town of Estella Lizarra.

Many who have participated say that while it is one of the most challenging stretches of the Camino de Santiago, it is pretty spectacular too as it incorporates the ‘Napoleon Route’ over the Roncesvalles Pass and the views of the Pyrenees.

For Conan it was “unbelievable”.

“There really is a spiritual connection and everywhere you stop along the route that connection to St James is there and the history of how he came from the Holy Land,” he continued.

“For me though the most spiritual experience was the welcome we received from the locals - that was unbelievable!

“Everyone spoke to us, said hello and welcomed the pilgrims; there was such a respect there but that respect was mutual towards the villagers too.

“I found that connection to the locals deeply spiritual and that is something I will hold on to for the rest of my life.”

Prior to heading off on the Camino with his girlfriend Gillian, Conan held a massive fundraising American Tea Party in Abbeyshrule.

He raised over €9,000 from this fundraiser alone and he boils the success of the entire effort down to the kindness and generosity of the people of Co Longford and beyond.

“The vast majority of the money came in before and during the American Tea Party, but having said that there was still donations being made right up to last week,” smiled Conan.

“I want to take the opportunity to thank everybody for their generosity and for all the support that we received throughout.
“The money that we raised will fund great work in the future.”