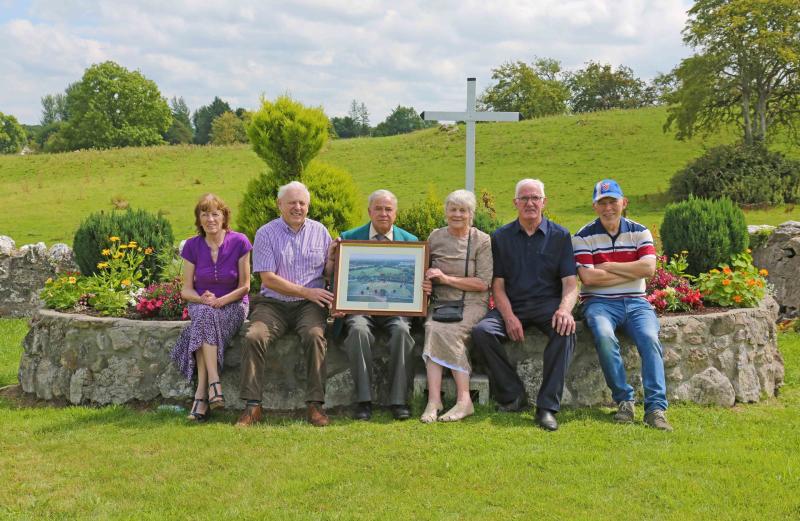 Ballymahon councillors received some satisfaction at a recent meeting when they finally received clarification as to which local graveyards are owned by the Council and which are not.

The issue was brought up at a Ballymahon Municipal District meeting in May and a heated discussion resulted in councillors reverting the issue back to the SPC for an update regarding clarity of ownership for various burial grounds in the area.

The list was produced in a meeting at the end of July and confirmed that 20 local burial sites are under the ownership of the Council, 11 belong to the Church of Ireland, while two are the property of the Catholic Church.

“This is a comprehensive report. It was a bit vague to us for the past few years what was owned by the county council,” said Cllr Gerard Farrell after Executive Engineer Paul Newell produced the complete list.

“We have a responsibility now to look after these burial grounds.”

The list may have been a small victory, but there were still concerns regarding the burial grounds in the area, with fears over graveyards being near capacity, being voiced by a number of councillors.

“Carrickedmond is council-owned and it's nearly full to capacity,” said Cllr Mick Cahill.

“What's the process in terms of creating more capacity? We need to develop a process that allows it to happen. Once the graveyard is full, what's the next step?”

Cllr Colm Murray was quick to agree, adding that several graveyards in the district were nearing capacity.

No space left in Kilcommock graveyard to bury the dead

“The process has been very much over-complicated when it comes to extensions,” he said, adding that the SPC should look into a solution.

Speaking to the Leader last week regarding the issue, Cllr Murray added that there are concerns with Kilcommick cemetery in Kenagh, which he says is one of the burial grounds nearing capacity at the moment.

“I have a bee in my bonnet about Kilcommick because the Council have been problematic with handing the land over to the committee,” he said.

“There are also no clearcut policies on extensions for graveyards, and it's nearing capacity.

“We're under serious pressure for an extension now.”

Similar issues have been raised in other parts of south Longford, including Killashee, which Cllr Paul Ross has said is also in need of an extension.

“We feel that the Council should be responsible for ongoing extensions to burial grounds,” he said.

“The biggest cost is in paying for additional land and we agreed (at the meeting) that we weren't happy with the current policy.”

Currently, he added, it's up to the community to source and buy the land, while the council helps with planning permission, etc.

“But five to ten years ago, the council would source and buy the land. And we think it should go back to that,” he said.

Funding set aside for graveyards in Longford amounts to a total €7,500, with a budget of €2,171 going to burial grounds in south Longford.

At the recent Ballymahon MD meeting, it was agreed that €750 in funding be allocated to Kilcommick Cemetery.

“That money will be used to repair the boundary walls on the existing cemetery,” Cllr Murray explained to the Longford Leader.

Two other graveyards in the Ballymahon Municipal District will also benefit from that fund this year.

€1,100 has been allocated to Shrule Cemetery, while Cloncallow Cemetery will benefit from funding of €350.

“I had a motion earlier in the year in relation to Shrule (cemetery) and the boundary wall, which was covered in ivy and, unfortunately, was brought down during storm Ophelia,” Cllr Pat O'Toole told the Leader last week.

“And they've erected a new electric fence in Cloncallow Cemetery to stop animals from getting into the graveyard, so they'll be receiving €350 for that,” he added.

At the recent Ballymahon MD meeting, councillors unanimously agreed that funding should be available to the graveyards that need it, with a proper application process in place for committees to aim for.

The fact that no closing date is set for graveyard maintenance committees to apply for funding from the council was cause for much discussion.

“I think that the SPC are wrong not to have a closing date (for applications),” said Cllr Murray.

“The closing date should be set in mid-summer so we can plan for the rest of the year. I think we should have more to say about this.

“There needs to be a closing date and a final decision made by the Municipal District.”

Speaking to the Longford Leader last week, Cllr Paul Ross stated that it was important that committees in smaller graveyards were aware that there are funds available to them.

“There's money there, it's just a matter of accessing it,” he said.

“It's not very well advertised because we would be inundated with requests, but it's the smaller graveyards that will really need our help.”

Overall, the news that the Council would be supporting smaller graveyards in the area was welcomed.

“We knew this list (of 20 council-owned graveyards) would come back, even though the Council only came back with five the last time,” said Cllr Ross.

“We welcome the fact that the Council acknowledges all of these graveyards.

“Graveyards are very sacred places to everyone and that acknowledgement from the council is important.”