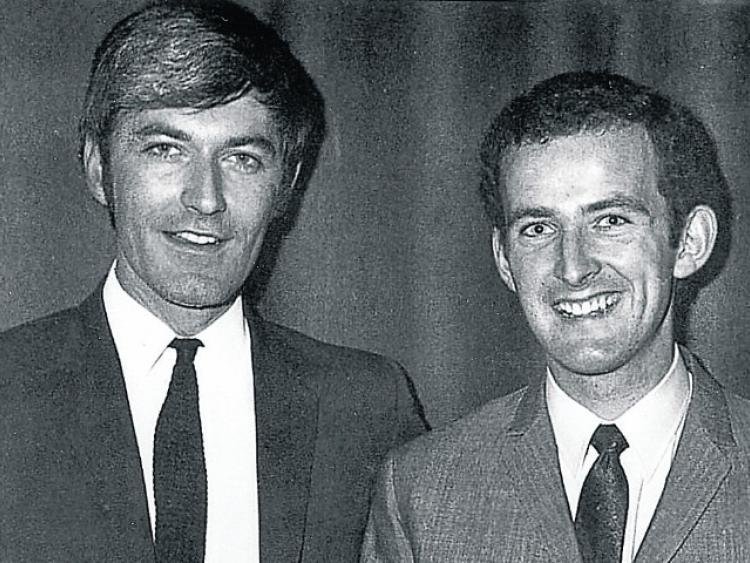 Longford native and Australian based radio presenter Oliver McNerney (aka Oliver Muldoon) pictured with Dermot Hegarty (left) in London in 1970.

The show goes to air weekly from 10am until 12 noon.

Oliver explained that he and his wife Stella have moved home to the countryside in Bullsbrook and the long travelling distance to the Capital Radio studio meant he had to leave.

Oliver thanked the people of Longford that tuned into his show on Capital Radio and said his decision to leave was tinged with regret.

Radio VCA does not broadcast online but Oliver is confident this will change shortly.

If people back in Longford wish to keep in contact with Oliver, they can do so via email or text olivermcnerney@gmail.com or 0061450459217. Or check out Radio VCA on Facebook.

Oliver will be playing lots of Irish artists, including showbands plus Australian and American country on his new show.

Radio VCA are a not for profit Community Radio Station broadcasting to all areas within the City of Swan in Western Australia.

They also promote events for not for profit organisations as well as other community activities.

In an interview with ‘The Irish Scene’, Oliver said that the station is run by enthusiastic community volunteers with an interest in music and entertainment, along with a management committee made up of experienced and energetic office bearers.

Oliver said, “I am really looking forward to hearing from the many Irish who live in the Ellenbrook area and I have a wide range of music that will suit most tastes.”