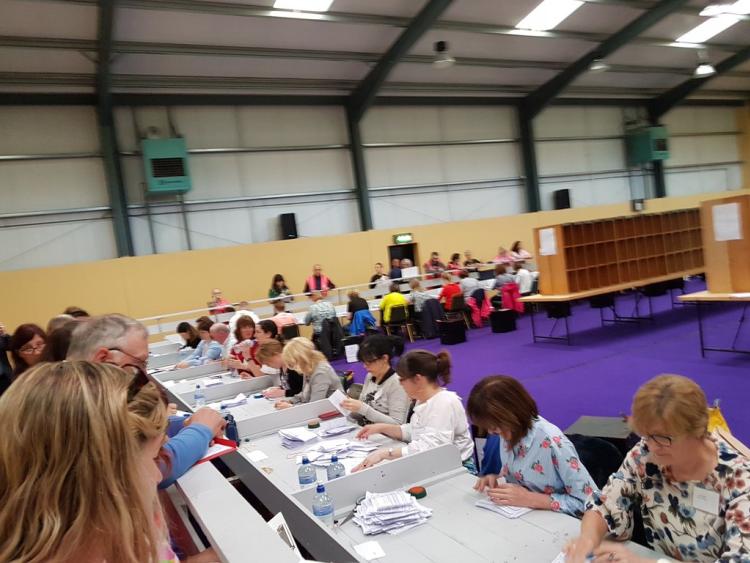 Counting of votes in Kenagh

Colm O'Gorman, Executive Director of Amnesty International Ireland, said this morning; "The exit polls and tallies are very encouraging. We’re very hopeful that today will prove a huge milestone for women’s rights in Ireland. It looks like the people of Ireland have resoundingly voted to end the 35-year-old constitutional abortion ban.

"In this, Ireland will send a powerful message to women and girls in Ireland and across the globe that their human rights and reproductive health matter. That women should be treated with dignity, equality, respect and compassion.

“This is such an important vote for women’s dignity and bodily autonomy. And for Ireland too, as it will show, I hope, that we really care for women. Women will no longer be forced to continue with pregnancies regardless of the devastating impact on their lives, health and families.

"We are proud and honoured to have been part of this campaign in Ireland. Today is the result of decades of campaigning by civil society groups and activists. But this referendum has also happened because women bravely spoke out and told their stories of the Eighth Amendment. Their experiences could not be denied. They made today possible, and if the result is Yes, this is their victory."

Also read: Margin between Yes and No in Longford much tighter than what exit polls were saying