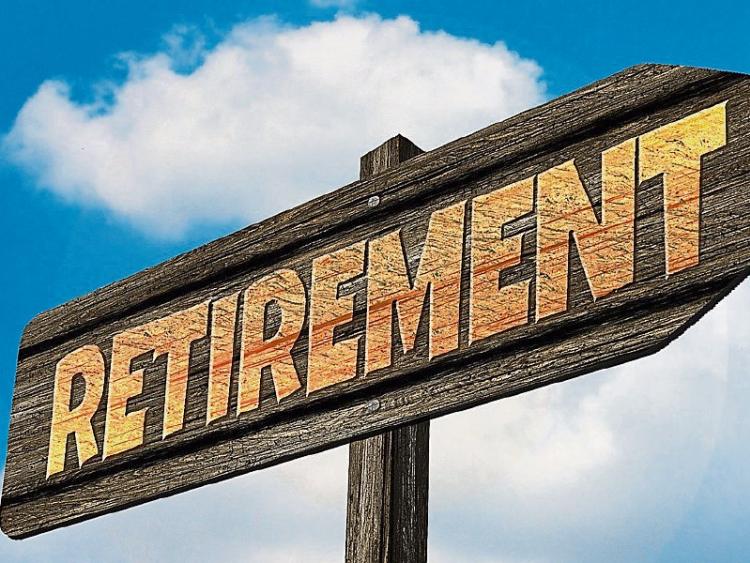 A frequent letter I get from readers is about pensions, and specifically what their options are when the reach retirement age.

This letter, that I received last week from Ms McC was no different: “Hi Jill, I’ve been reading your column for years and could use some advice. I am single, and worked for the same small company as a bookkeeper for nearly 30 years. I joined the DC pension fund a couple of years later.

"Before that I worked for two other firms but they didn’t have a pension scheme. Three years ago I gave up work to become my elderly mother’s carer, for which I receive the full carer’s allowance [of €214 per week for someone under age 66]. I was earning about €50,000 when I left.”

“I will turn 65 this month and can collect my occupational pension. Next year I will be 66 and will get my State contributory pension.

“I’ve been in touch with my old company about my pension and at the moment it is worth about €220,000 (which is a pleasant surprise). I was sent out a booklet about what I can do with it, which I lost. But I wasn’t sure what any of it meant anyway. My old boss said the best thing would be for me to take my tax free lump sum and then an annuity, but can you recommend someone I can talk to? I have never had a financial adviser.”

Seeking professional advice is a message I’ve tried to promote at every opportunity over the years and I’m delighted that this reader agreed.

I have suggested that she contact the Society of Financial Planners of Ireland – www.sfpi.ie - to see if there is a SFPI member or practice operating in or near her midlands town and for her to arrange a consultation.

SFPI members are trained to take a holistic approach to a client’s financial position so a comprehensive review would lay out all her options, not just about what she might do with her pension fund, but also what sort of retirement she would like to have and whether it is achievable.
Ideally, you do this much earlier so you can adjust your aspirations, or even increase your funding to have a better chance of meeting them, but it’s never too late to get professional impartial advice especially about annuities.

The other reason Ms McC should deal with a good financial planner is that they can also check out the implications of any income that she may get or draw down from her occupational pension fund on her Carer’s Allowance (CA) which is a means-tested benefit. Currently, to qualify for the €214 weekly benefit, the first €332.50 of any income is disregarded, as is the asset value of their own family home.

From June, depending on what she does with her occupational pension fund, that income if it is high enough, could, theoretically, trigger a means testing of her Carer’s Allowance, according to the Department of Social Protection rules regarding this benefit.

But an adviser I spoke to said that with such a modest pension fund (especially after she takes her tax free lump sum of €75,000) the balance is unlikely to trigger any means-testing.

“With annuity rates still so low, even a bog standard, single annuity* worth €145k would probably only produce an income of about €5,500 a year,” he explained.

(*It is the cost of adding a spouse’s pension, a five year payment guarantee and especially an indexing benefit that results in an even lower private annuity income for a new pensioner.)

The other pension fund choice other than buying an annuity that Ms McC will be presented with if she meets the financial planner is to consider keeping her fund under investment in an Approved (Minimum) Retirement Fund.

Annual growth from the ARMF/ARF and even capital from the ARF can be taken “but a €145,000 investment is unlikely to produce enough income to trigger a cut in the CA payment.”

As this reader’s case show, retirement planning can be complicated, even for people without large pension funds.

She needs to take into account all of the consequences of the post-retirement choices she makes, including the fact that when she does collect her own pension next year there will be one final surprise: you can only receive one state benefit at a time.

Luckily, a part-exception is made for people claiming Carer’s and Ms McC, is likely to still qualify for the half-Carer’s payment, or €126 (half of €252, the full payment for Carer’s aged 66 and over.)

Together with her state and private pensions Ms McC should end up with an income of about c€474.00 a week.