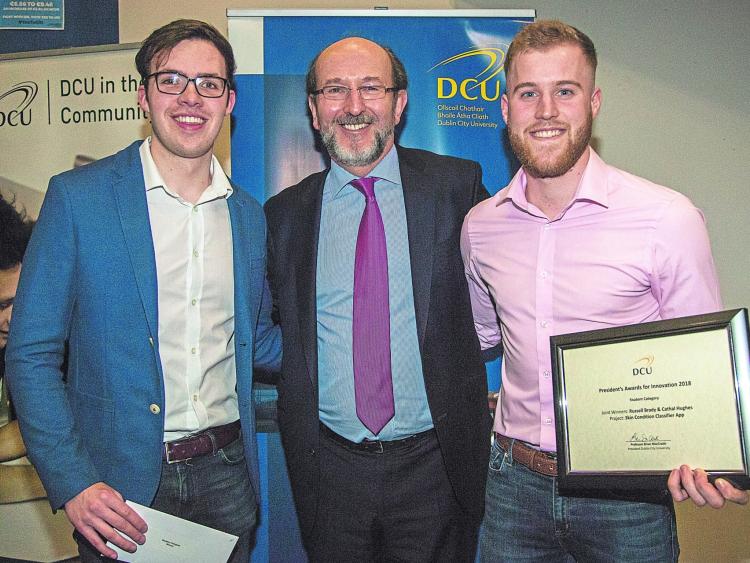 Cathal Hughes and Russell Brady, both students at Dublin City University and originally from Kenagh and Abbeylara respectively, received a President’s Award for Innovation recently for the design and development of a skin condition classifier app.

Cathal and Russell, both third year Computer Application students, came up with their idea while studying Convolutional Neural Networks, a class of deep feedforward artificial neural networks that has successfully been applied to analysing visual imagery.

The app aims to help people self diagnose skin conditions such as psoriasis, ringworm, eczema and hives.

Speaking about the app, Russell says: “We wanted to apply the power of Convolutional Neural Networks to an everyday problem to solve it.

“We came up with this idea as we knew how common an occurrence various skin conditions are and that everyone has to deal with the problem at least once in their life.”

Russell added, “Following on from the idea, we developed a web app and android app that allows a user to take/upload a photo and have it classified, allowing people to self diagnose before possibly seeing a doctor.”