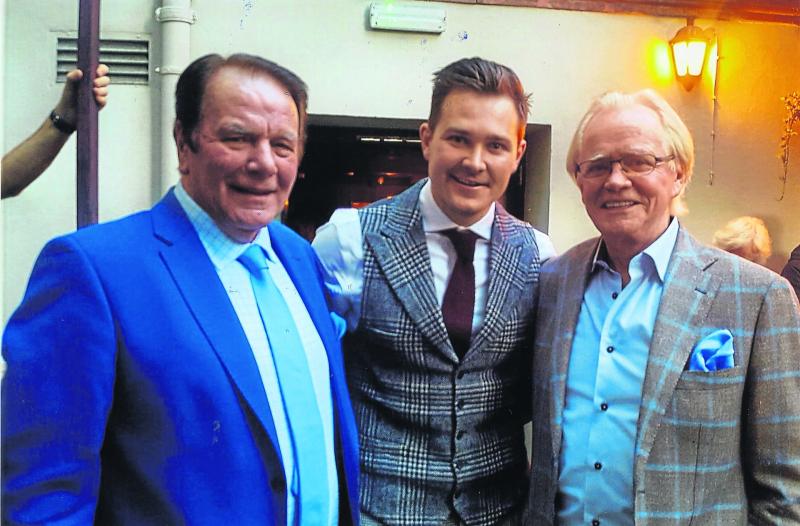 The next generation of the Mahon pub dynasty are certainly upping the ante in Dublin at the moment. Brothers John Jnr and Robert Mahon have completed an ambitious refurbishment of the iconic Kennedy's Bar near Trinity College and opened a cocktail bar called Kennedy's Station in the basement.

The boys are sons of the famous John Mahon who launched the now internationally famous Pig & Whistle pub group in New York in 1969. The Newtownforbes barman saved up his tips whilst working in the Rockefeller Centre. The group now has 12 bars in the Big Apple and has been the destination of choice for thousands of young Longford people over the past fifty odd years.

The Mahon brothers were born in New York but grew up in Dublin and Robert remains heavily involved with the US bars whilst John Jnr dedicates his time to developing Kennedy's and exploring other Irish and Dublin opportunities.

The boys bought the Dublin bar out of receivership two years ago and it is now firmly established on the Dublin nightlife scene.

They recently launchedthe new cocktail bar with some of the best known names in dublin attending. Several also traveled up from Longford including their good friend, Eamon Farrell, who took the photos on the night.

There was also a poignancy on the night as the Mahon brothers and family remembered their late friend, Brian Donohoe, from Dromard.

He has been an investor in the bar and whilst was able to see it re-opened, he sadly passed away last year.

The Mahons, like so many others, were delighted to see him remembered at the recent Longford GAA race day as it was an occasion that he always attended.