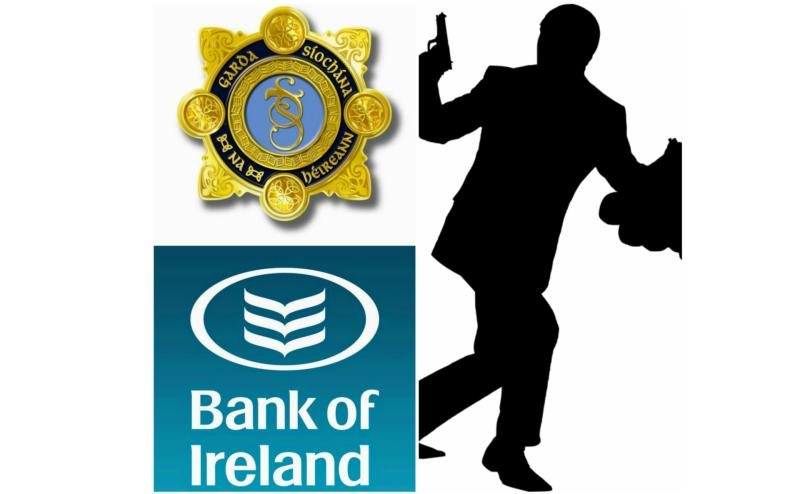 Gardaí are appealing for witnesses and information following a terrifying armed bank robbery in Strokestown on Friday, April 20.

Gardaí are appealing for witnesses and information following an armed robbery at the Bank of Ireland on Church Street, Strokestown yesterday afternoon, Friday, April 20.

Four men wearing balaclavas and gloves entered the bank at approximately 2.15pm and one man was believed to be armed with a handgun.

They fled the premises after a short time with an undisclosed amount of cash and made their getaway in a black Audi A4 with UK registered number plates driven by a fifth man.

It is understood that they drove up Elphin Street, took a right turn and drove in the direction of Kilmore.

Nobody was injured during the robbery.

Next on #drivetimeRTE, @BarryLenihan has the latest on today's armed raid in Roscommon. Plus we hear from @EugeneMurphyTD, who is on the scene in Strokestown

However, local Fianna Fáil Deputy, Eugene Murphy, who was due to attend a scheduled meeting at the bank and arrived at the premises just minutes after the raid took place, informed the RTÉ Radio One Drivetime programme that bank staff were shaken following the terrifying ordeal.

Investigating Gardaí are appealing for witnesses and information from any person who may have seen anything suspicious in the hour prior to the robbery and after the incident.

They are also appealing to any drivers who may have dash cams fitted to their vehicles to contact Castlerea Garda Station on 094-9621637, the Garda Confidential Line 1-800-666-111 or any Garda Station.