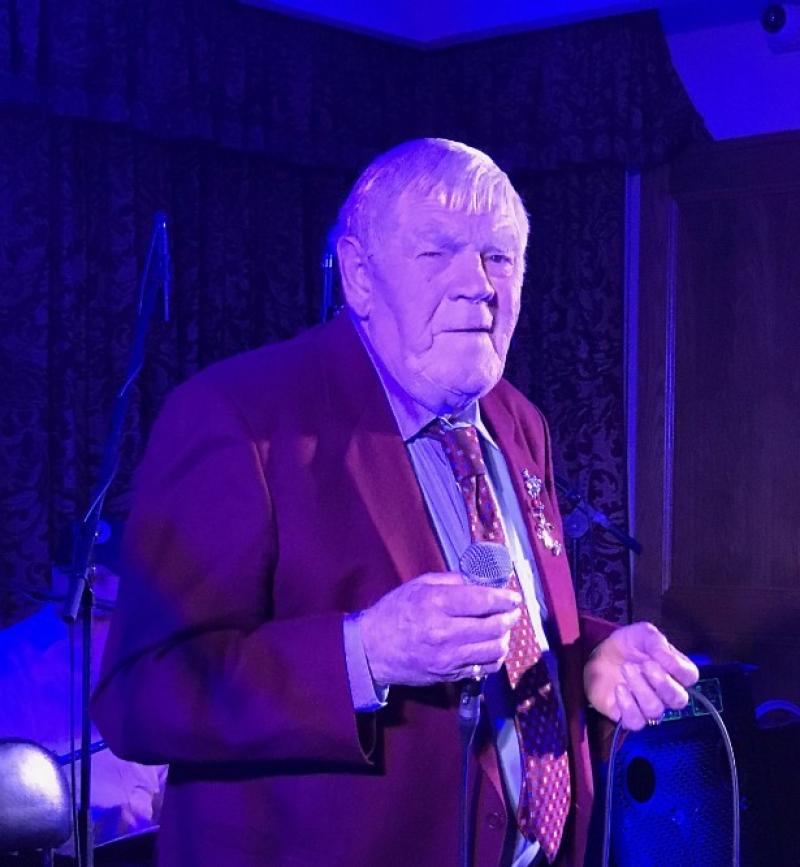 Big Tom at his last performance in the Abbey Hotel in Donegal town.

Daniel O’Donnell and his sister Margo have led tributes to country music legend Big Tom McBride who passed away in the early hours of Tuesday morning aged 81.
His children announced the news via his Facebook page, writing: "It is with great sadness that we announce the passing of our dear father Big Tom McBride (RIP) this morning. Dad passed away peacefully in the company of his family.”
The singer’s wife Rose passed away earlier this year.
Daniel O'Donnell said he was shocked to hear of the death.
Speaking on RTÉ Radio 1 he said: “It is so sad, I am just speechless. On the other hand, he was probably heartbroken without his wife, Rose. Maybe for him, it's a gift from God. His family, I'm sure they are just devastated at his passing."

The Donegal singer said Big Tom was a connection to so many people that had left Ireland.
“He was the pillar, we all referred to him as the king. He reached out to people in Ireland and those people who had immigrated from Ireland in the days when so many people lived in England and their whole connection with Ireland was the bands on the weekend in The National the Forum and the Galtymore and all the dances around London, Manchester, and Birmingham. He was such a connection.”

Margo O'Donnell - who recorded with Big Tom - said she was heartbroken by the news of his passing.
“He was respected so much in this area because he had the common touch. Neighbours could come to him for anything, I swear to God,” she told RTÉ.

Tractors
“He has tractors out there and he used to give them to the neighbours to do the work.
“I’ve recorded with many, many people - even Dolly (Parton) - but I was never as proud as the day Tom and I recorded together.
“This morning, my heart is broken. The only thing I’m happy about is that he’s with Rose.”